Home Tech Games and demos you can download for free 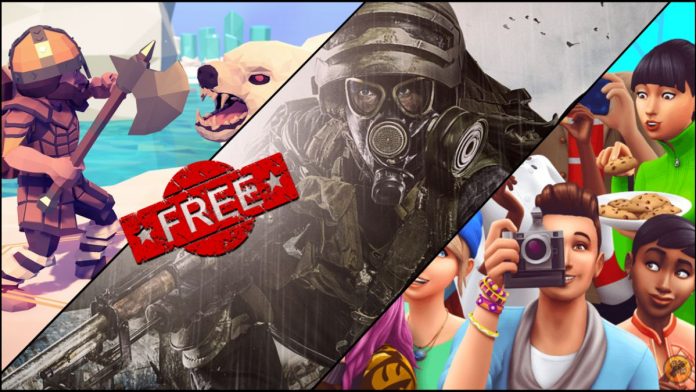 As is usual every weekend, we offer you a few proposals to be able to play without spending a single penny, thanks to the different promotions on various platforms. From the usual weekly rotation of the Epic Games Store and the Microsoft Free Play Days, we must add a new Festival on Steam, with more than 500 demos to try some of the titles that will arrive in the coming months.

The quintessential cult shooter of the past generation, set in the tremendously attractive literary universe created by the Russian Dimitry Glukhovsky. The Russian post-apocalypse and its creatures give way to greater importance in this installment of the different factions that populate the Moscow subway network, such as the main antagonists of this installment, the Nazis of the Fourth Reich … although anyone can be an enemy.

For The King, on PC

Darkest Dungeon fans have a new dungeon crawler proposal, while its sequel arrives, with this For The King, which without reaching the level of the Red Hook saga, is capable of satisfying those looking for a difficult experience based on games of table. It is not very powerful on a technical level, but it is not something that is needed in a game that also has a good amount of content and hours of play.

The Sims 4, in the Xbox ecosystem

There is not much to discover about the most popular life simulator ever. Although it was blamed for a certain lack of content in its early days, that did not prevent the game from being an absolute best-seller, something that EA supported by adding numerous expansions, being the last Snow Escape, launched in November 2020. A true eater of hours that can be played for free thanks to Xbox Free Play Days.

In Puyo Puyo Tetris 2, one of the most popular puzzle franchises in Japan come together with, surely, a world-famous and living history of video games. In short, very classic mechanics and easily recognizable by any player –especially veteran-, as well as accessible and addictive in a title that anyone who likes a good puzzle has to try.

Valve’s digital platform once again surprises us with a new festival with more than 500 demos, available until next Tuesday the 9th. Thus, we will be able to test hundreds of upcoming releases during these days thanks to their respective demos, which are not all available at the same time. time, but are gradually released.