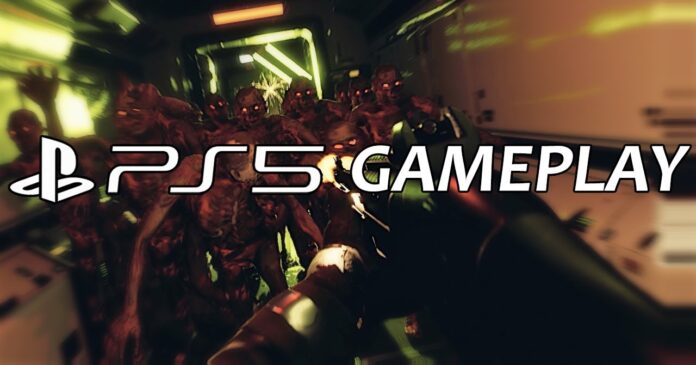 Quantum Error, announced that Sony will come to the new game console PlayStation 5, has received a new trailer today. The developer company released the trailer for the gameplay video that will be released in the summer.

With the introduction of Sony’s new generation game console PlayStation 5, future productions to the platform started to feel like a waterfall. One of these games was the horror and thriller Quantum Error, the trailer of the gameplay video released today. The game managed to attract attention with its trailer.

Quantum Error, introduced at today’s Future Games Show event, will be playable on PlayStation 4 and PlayStation 5 platforms. The game seems to have the potential to be among the productions that many players will love with its story and graphics.

Combining the primary person shooter with the horror genre, Quantum Error also has a story that will attract the player. The game starts with events that occur in a research center, miles away from the shore. We are going to save people in the burning research center with our character.

Arriving at the research center, the team faces the fact that something very unusual and terrible has happened here. The team sees that there is something demonic and possibly ancient in the center they think is burning. Thus, the adventures we will experience in the game begins.

The trailer, which consists of in-game images, shows players that there is a very atmospheric and well-sighted section design. However, creatures that we do not know where they came from and what appeared in the research center also appear.

Quantum Error, which has received a new trailer today, does not have a clear release date yet. However, according to the information in the trailer, the developer company will publish the game video of the game this summer. The game will probably be released for both platforms by the end of 2020.