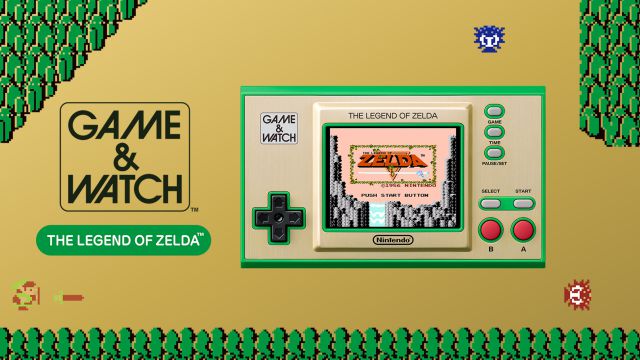 The Legend Of Zelda: The second Game & Watch recovered as Nintendo’s anniversary offers a more careful point than Mario’s and becomes a most interesting collector’s item. Game and Watch was reborn from its ashes a year ago to celebrate the anniversary of Super Mario Bros. At that time, we were wanting more, since the collector’s item that was published gave off nostalgia on all four sides, but within it that it was, it could have been something more complete. This 2021, on the 35th anniversary of Zelda, Nintendo has made debatable decisions around the Link and company saga in terms of tribute, but the new Game & Watch stands out as a small and surprising piece of collectibles that will be liked by the large amount of details that it brings with it. There is love behind this console.

And we say it aware that the use that will be given to it by the majority of users who buy it is for mere exposure: to place in a prominent place in the room, complementing other games, consoles or merchandising elements of the saga of Nintendo. But the reality, even in this sense, is that Nintendo has been more careful with the production of the console. Even in its decorative purpose.

The first thing we see when removing the platform from its box, with a design similar to Mario’s, is that inside we find a black box, with the symbol of the Triforce and with rear tabs that allow us to place the tray in an attractive way. console on any shelf. It seems silly, but it is a detail that already shows that there is something more pampering than in the standard white box that we found inside the Super Mario Game & Watch.

The modern story of Assassin’s Creed will now be told through...