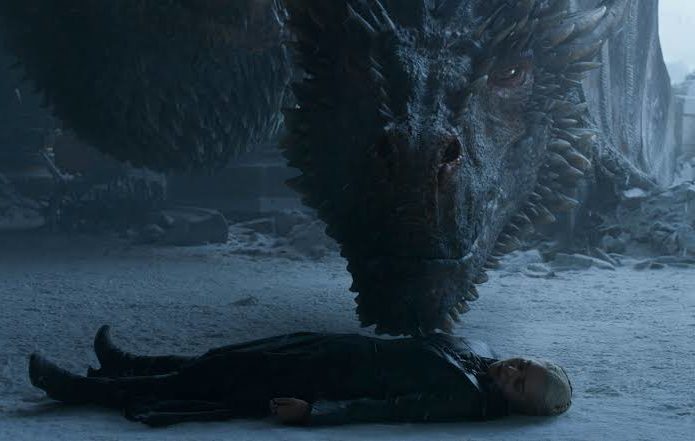 Game of Thrones attracted great interest until the final season, but especially in the last part of the audience was disappointing. Although the series ended in an uncertain way, one of the most curious events of the final episode was made clear.

If you’re wondering what happened to Daenerys Targaryen and his only surviving dragon Drogon after the Game of Thrones final, the answer is now clear. If those who don’t watch the show don’t want to eat spoilers, let’s set them aside.

In the last scene between the cursed lovers Daenerys and Jon Snow, Jon betrayed his love and killed him in a loving embrace. At the time of Dany’s death, Drogon stepped on the stage and melted the iron throne that brought it to this point. Finally, Drogon flew Daenerys into his claws and flew to an unknown location. In one of the final scenes of the final, King Bran reported that Drogon was detected in the East.

Fans of Game of Thrones estimate that Drogon was taking Daenerys to his real home, Volantis, and the theory is right here. In one comment, Emily Clarke said the dragons ate their owners in the GoT world and were worried. The producers are David Benioff and D.B. Weiss handled Clarke’s fears. Benioff told Clarke, “Drogon won’t eat you. He’s not a cat. Did you see how he gently poked you?” said.

Volantis is the first and largest of the Free Cities along the Narrow Sea to the east of Westeros. It is where the Wallonia Empire was founded, where the dragons and the Targaryen dynasty were born, where the Valyrian steel came from.

Daenerys realized that in the final season he would never really find peace at Westeros. It’s a little consolation to know that the last dragon in the world will sleep in the home of their true ancestors and people. Game of Thrones Season 8 and Game of Thrones: The Complete Collection will be available on December 3rd.