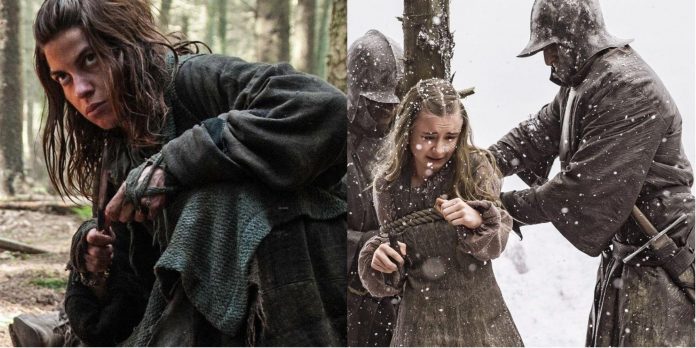 A spinoff series dedicated to Jon Snow from Game of Thrones has recently been announced to be in early production, exciting fans for the next chapter in this epic tale.

However, it wasn’t just the main characters in this series that stole the show and kept the audience engaged. Throughout the show, there were many interesting side characters that were intriguing, beloved, and added to the overall plot. Though side characters, people like Lyanna Mormont, Hodor, and Osha left a lasting impact, devastating fans when they met their fatal end.

Oberyn, one of the princes of Dorne, visited King’s Landing for the wedding of King Joffrey and ended up fighting as Tyrion Lannister’s champion during his trial by combat. His sister had been murdered by the Mountain and thought it was the perfect opportunity to get revenge.

Ultimately, Oberyn’s death was one of the most unexpected on TV, especially considering it seemed as though he was about to defeat the Mountain in combat. The audience appreciated Oberyn’s quirky personality and his determination, leaving a lasting influence long after his death.

From the time the dire wolves were introduced early in the series, they continued to be an icon of the North and the Stark family. However, when Arya’s wolf bites Joffrey to defend the girl, Cersei Lannister demands Sansa’s wolf Lady be murdered as revenge for scarring the prince.

Lady’s death was especially devastating not only because she was innocent of any wrongdoing, but also because Joffrey’s cruelty made him deserving of the bite. It was heartbreaking to see Ned Stark forced to kill his daughter’s beloved dire wolf.

Cersei and Jaime Lannister were guilty of many heinous things, but their daughter was innocent. Her death was not something she brought upon herself in any way, but one made out of revenge against her Lannister family.

Oberyn’s wife and daughters were outraged by his death and determined to start a war against the powerful Lannister family. Since their king would not back their vengeance, they took it into their own hands and murdered the princess by poisoning her. Princess Myrcella’s death was a devastating, horrific murder of an innocent.

King Tommen’s death appeared to come out of nowhere, but it was clear the young king wasn’t ready to rule when he ascended the throne. After the High Sparrow, Queen Margaery, and countless others were blown up by wildfire at the Great Sept of Baelor, King Tommen died by suicide, ending the Baratheon Dynasty.

While many fans believed Tommen was not the one to rule the Seven Kingdoms, it was still a heartbreaking end to a young life. Even more horrifying, it was his mother, Cersei, who killed his wife, pushing the boy over the edge and causing his death.

The death of Princess Shireen was one of the saddest in the series. She was innocent and kind-hearted, but her father allowed Melisandre, the Red Witch, to sacrifice his only child to the God of Light.

There are many deaths in the show that shocked the audience, but Shireen’s is often considered one of the saddest ever seen on TV. Though Stannis Baratheon had done countless terrible things to ensure his success, it was an unforgivable act to murder his daughter in order to gain the Iron Throne.

Osha was first introduced into the show when she attempted to harm Bran Stark with other wildlings, but she quickly turned from an antagonist into a protagonist. She protects Bran and Rickon after they leave Winterfell, eventually leaving Bran to journey north over the wall and sticking with Rickon.

She was a fierce protector of the Stark children, which made her easily favorable to the audience. It was a disappointment when she was so easily executed by Ramsay Bolton after he captured her and Rickon.

Honestly, Rickon Stark was one of the most notable deaths in the series, despite being a considerable minor character, especially compared to his other siblings.

Rickon met his end when Ramsay released him during the Battle of the Bastards and then shot an arrow through his chest right as he was reaching for his brother Jon. It was sad that his siblings didn’t get to see him grow up, but it was even more devastating that nobody knew Rickon before he was so easily killed off.

Though not a major player in the overall power struggle in the series, Ros was a continuous character from the beginning. Even though her career as a sex worker wasn’t seen as prestigious, Ros was able to gain a position of respect under Petyr Baelish and was a friend to many, including Tyrion Lannister.

Seeing her develop throughout a few seasons, it was clear Ros was a kind person and a fighter, doing what she had to do to survive and thrive. It was horrible to see her tortured and murdered at the hands of the sadistic Joffrey.

Lyanna Mormont was a child, but she was also the Lady of Bear Island. Despite how young she was, she was a strong and intelligent leader, concerned with the safety of her people. Lyanna is also well-known for being the first leader to declare Jon Snow the King of the North.

It was impressive to see Lyanna fight alongside her men in battle. While it was shocking and heartbreaking to see her die at the hands of the Undead Giant in the Army of the Dead, it was astonishing to see her take the giant down with her, defeating him with dragonglass before succumbing to her own wounds.

While some claim Princess Shireen’s death was the saddest, other fans would argue Hodor’s death was the most tragic of them all. Though many thought he was just a simple person, it’s learned at the time of his death it was his destiny to “hold the door” against the Army of the Dead so Bran could escape to safety.

Despite the fact that Hodor didn’t have a single line aside from his “name,” he is considered one of the greatest heroes in the series. His sacrifice for his young lord was one made not just out of destiny, but out of love.

Cult of the Lamb tells Players how to create a cult...