Home Entertainment Game of Thrones: The cutest characters according to Reddit 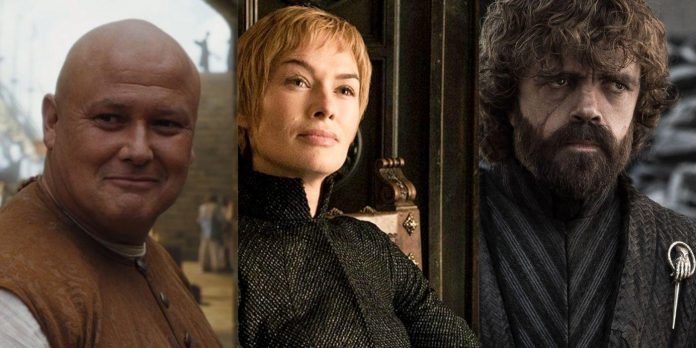 Attention! The article contains scenes of violence from the clips of “Game of Thrones”.

It was recently announced that the Jon Snow spin-off is in the early stages of production, which excites Game of Thrones fans with the prospect of continuing this epic storyline. He can focus on John’s whereabouts after he was banished beyond the Wall, and on his relationship with the Free People.

As the former King of the North and Lord Commander of the Night’s Watch, Jon Snow is not the only fan-favorite character that fans can’t get enough of. While some characters like Jon Snow, Daenerys Targaryen and Tyrion Lannister have often been at the top of the list of favorite characters, there are a few others that fans have found particularly likable. Reddit users have chosen these Game of Thrones characters— both major and minor—as the most attractive characters.

Many fans consider Davos Seaworth to be one of the best supporting characters in Game of Thrones. Although he made mistakes following Stannis Baratheon, he admitted his mistakes. He was not only an honest man, but also proved his loyalty to those whom he decided to follow.

Reddit user GregThePrettyGoodGuy mentioned his favorite character, saying, “Ser Davos, for being a really good person.” There are many wonderful characters in this series, but very few of them were distinguished by honest, moral behavior.

Although he is often considered a villain, Tywin also deserves the throne because of his wit. Although he was cruel to his children, especially Tyrion, and was arrogant because of all the power and money he possessed, he is also one of the most strategic people, which makes him fit to rule.

Brienne of Tarth is one of the most heroic characters of the Game of Thrones. She is known for being loyal to those she has sworn to, and never lets greed and power overshadow her ability to always put honor first.

Reddit user Dancemallorydance said, “Brienne is really such a gem!” This comment sums up the audience’s opinion of the knight. Although she is not perfect, Brienne’s quest to become a noble knight was touching and impressive.

It may seem shocking that so many fans favor Cersei Lannister, but they are attracted to her evil nature. There’s no doubt she was mean and cruel, but she’s also an interesting character who knew what she wanted and didn’t let people hold her back.

Reddit user Previous_Call_7215 said: “Doesn’t get any respect throughout the show, but everyone is afraid of her. She can find a way out of any situation.” She may be evil, but many fans also recognize that she was a formidable force and in some ways inspired the fight against patriarchy.

Varys served as an advisor to several rulers. Although he is sometimes portrayed as a treacherous and mean-spirited man, his intentions have always been for the good of the kingdom. He is one of the fans’ favorite characters because he was more worried about people than about those who had power.

Reddit user Ralphy97 said: “He was the only character who REALLY served only for the good of the kingdom. He never tried to be a “hero” in this regard. His every move was careful, thoughtful and well-informed.” “Although he was executed for betraying Daenerys, he was acting for the good of the people, not to benefit from it.

Daenerys is one of the most controversial characters, mainly because of her image in the last two seasons. Although she was a powerful and determined woman, as she approached her throne, she became more violent and cared less about people. However, in earlier seasons, her ability to protect people with less power and free people from slavery showed her noble deeds, which explained why she is worthy and loved as a queen.

Reddit user Previous_Call_7215 said: “An amazing character spoiled by seasons 7 and 8. Kind, but knows when to take someone out of sight/advice.” Many fans who still adore her character felt that her change over the past couple of seasons was too far from her original image.

Jon Snow is one of the most beloved characters of the entire series. Although the audience disagreed with his every judgment, he always made decisions that concerned the good of his people and what he thought they would like.