Home Entertainment Game of Thrones: The board game became free in the Epic Games... 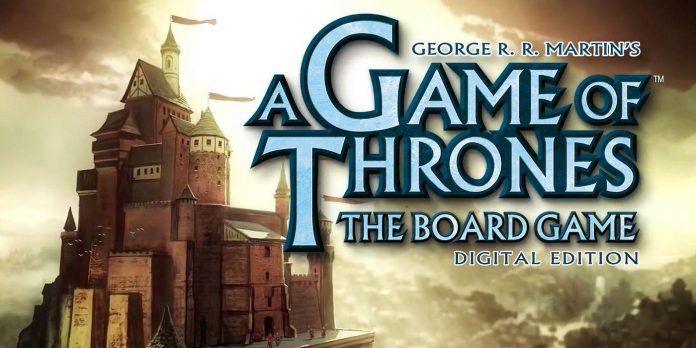 Epic Games has announced that A Game Of Thrones: The Board Game — Digital Edition will be one of the free gifts this week in the Epic Games store. The system of free games through Epic Games was launched in 2018 and since then has been offering players more than 100 free games. This includes options such as Rocksteady’s Batman Arkham series, Grand Theft Auto 5 and Jurassic World: Evolution among many others.

Unlike Xbox Game Pass and PlayStation Plus, currently a paid subscription is not required to access the Epic Games store service. The games are available to everyone with an Epic Games account, which can be created for free and which offers one to three free games every Thursday. Epic confirmed that this will continue until at least the end of 2022, but did not specify what type of subscription can be offered after the closure of access to free games.

In an exciting announcement from the Epic Games Store (via GameSpot), it is reported that until June 30 at 8:00 Pacific Time / 11:00 Eastern time, players will be able to qualify for two popular games: “Game of Thrones: Board Game — Digital edition” and Car Mechanic Simulator 2018. Both games pursue completely different goals: in Car Mechanic Simulator 2018, players diagnose and fix problems with various vehicles, and in A Game of Thrones: The Board Game — Digital Edition is an adaptation of the famous Fantasy Flight Games game. A strategic board game based on the novels of George R. R. Martin “A Song of Ice and Fire”.

Spread your influence over the whole of Westeros ⚔️ or build and expand your empire of repair services. 🚙

Game of Thrones: A Digital Edition board Game takes place after the death of King Robert Baratheon during the first novel A Song of Ice and Fire, and it can be played by a group of up to six players. There is also an opportunity to play against the artificial intelligence of the game, which takes on the role of one of the Great Houses of the Seven Kingdoms. Like the novels and the HBO adaptation of Game of Thrones, Game of Thrones: A Digital Edition Board Game revolves around who will take the Iron Throne and take control of Westeros. The game offers many options to achieve this goal, including conquest by brute force, forming alliances or cunning coercion of others. Since its release in 2020, DLC has been added focused on later books in the series, such as “Feast for Crows” and “Dance with Dragons”.

Both the original Game of Thrones board game from Fantasy Flight Games and the Asmodee Digital adaptation for PC were highly appreciated by fans of strategy board games, which makes the Epic Games offer even more attractive to players. The game’s plot seems to have caught up with the “Game of Thrones” novels, and 2011’s “Dance with Dragons” is currently the last published novel in this series. However, it remains to be seen whether “Game of Thrones: Board Game – Digital Edition” will wait for the last two novels or whether it will decide to continue the story through DLC, regardless of the controversial HBO TV adaptation.