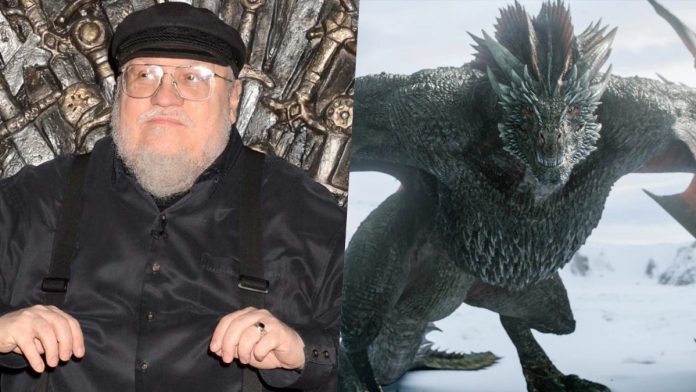 Game of Thrones: The writer has yet to publish the sixth novel, Winds of Winter, which has no confirmed publication date yet. It has been two years since Game of Thrones, the HBO series based on the novels of A Song of Ice and Fire, aired its last episode. The fiction created by David Benioff and D.B. Weiss received criticism not only for its controversial ending, but also for the entire eighth season. The truth is that the scriptwriters of the series no longer had the novels as a reference, since only five of the seven planned books had been published. In an interview with WTTW, which our colleagues from Cadena SER, George R.R. Martin has referred to the end of the series and has reaffirmed his intention to create a different ending for his novels.

The author has recognized the frustration that caused the series to catch up with the novels. “When Game of Thrones started I already had four printed books. The fifth came out just when the series began ”, recalled the writer. In those moments he never thought that the history of the series could reach the books, but the truth is that it ended up happening at the end of the fifth season. “That made it a bit strange because the show had gotten ahead of me and taken a slightly different tack than the original story.”

With the Winds of Winter still without an official release date, Martin anticipates that the story will end differently in Spring Dream. The writer, who has signed a contract to develop new series with HBO, recalled that he is preparing a different ending for his series of novels, although he has not advanced any key that allows us to know any possible direction. He has limited himself to saying the following: “You will see my end when it comes out.” We have to wait, and it is not known how long, because it does not seem that the sixth book, initially scheduled for 2018, has any signs of coming out soon in the publishing market.

HBO, meanwhile, is preparing several spin-off series of Game of Thrones. Filming for House of Dragon, which stars the Targaryen family, has already begun, with a scheduled release date of 2022.

Virtua Fighter 5 Gets Comparative Video Between PS3 and PS4