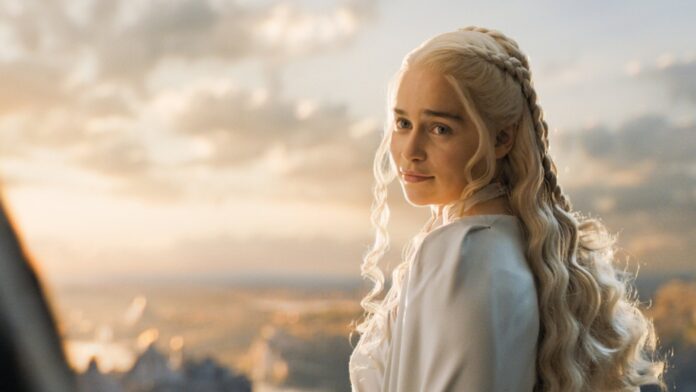 As the central figure of Game of Thrones, Daenerys deserves a little retrospective of her journey before she becomes what we call the Mad Queen.

If Daenerys hasn’t been able to solve this mystery about her dragons in Game of Thrones, we hope that House of The Dragon will offer us some answers. The one we sometimes call Dany, the Mother of Dragons, Khaleesi, Mhysa or the Mad Queen has had an atypical career in the heroic fantasy series broadcast on HBO. Sadly, not everything ended well for her, but after all she’s been through, you can’t blame her for totally twisting. These images will allow you to see the slow transformation of Daenerys Targaryen, this pretty, sweet and determined blonde, who over time has become a real terror.

As these pictures show, Daenerys did not become what we call the Mad Queen overnight. The hatred that slumbered in her rose crescendo: after being raped and forcibly married, Dany also lost her child. Luckily, she was able to count on the love of her three dragons, the most wonderful offspring she would ever have dreamed of. Afterward, Daenerys built up an army, although she made mistakes in forming her alliances. Yet the beautiful Targaryen initially had good intentions: From Yunkai to Meereen, Daenerys freed people from slavery and oppression, which earned her the name Mhysa. She then chose Tyrion Lannister as her right-hand man, but it was after she brushed the ground in Dragonstone and fell in love with Jon Snow that things really got out of hand. Dany was killed by the love of her life, leaving Drogon helpless in front of his mistress’s body. We also know why the dragon did not kill Jon Snow in season 8 of Game of Thrones.