Home Entertainment Game Dev Tycoon: how to move to a new office 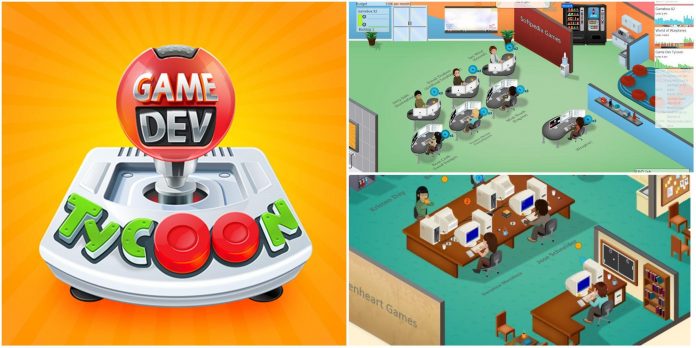 Game Dev Tycoon deals with a unique paradox in the gaming industry. A game about tycoons that creates games inside the game world is a thought about something that can force or break the mind of a gamer.

BY TOPIC:Roblox: The Best Tycoon Games You Can Play For Free

Leaving aside deep thoughts, the game remains true to the genre of games about tycoons and shows the progression of levels in its own way. From the beginning of the publication of the very first game from the garage to the multimillion-dollar game studio – this game has everything!

Garage (Level 1): Similar to real bootstrap developers, the game starts with one developer (player) creating his first game in his garage. It is here that a one-man game studio finds its place in the video game industry and releases its first game. As the game progresses, and when the studio reaches $1 million, as well as in the 4th or 5th year, the game offers the opportunity to move into the Office. Although the figure sounds scary, a single game sold about 100,000 units should help achieve the goal.

Small Office (Level 2): This will be the first example of a proper office setup in the game. Although it’s not fashionable, it has enough space to accommodate five employees, including a player, and that’s when the team really begins to form. Players can explore new themes, create their first custom new engines, and conduct management training for their game character. Upon reaching the accumulated net worth of $ 5 million or 11 years, and if two employees work in the studio, the game will offer to move to a level 3 office.

Small Office (Level 3): A Level 3 office is usually the same, but with much more fancy settings. The name of the studio is highlighted better, and the office now has brighter colors thanks to new painting and furniture finishing works. While it doesn’t sound like significant progress, upgrading is a bridge between leaving the old behind and venturing into something new. As time passes in the office, players will be able to conclude publishing deals, which will require an increase in the staff, or, simply put, the game will force the player to fill the maximum number of places for staff.

Medium Office (level 4): Upon reaching the accumulated net worth of $ 16 million + with 13.9 years of work in the industry (with four employees), the game suggests moving to a larger office, which costs the entire net capital. This will be the last office we will move into, and all other extensions, such as Research and Development Labs, Equipment Labs, etc., are available to unlock here. It is also a place where a player could create and develop their very first game console