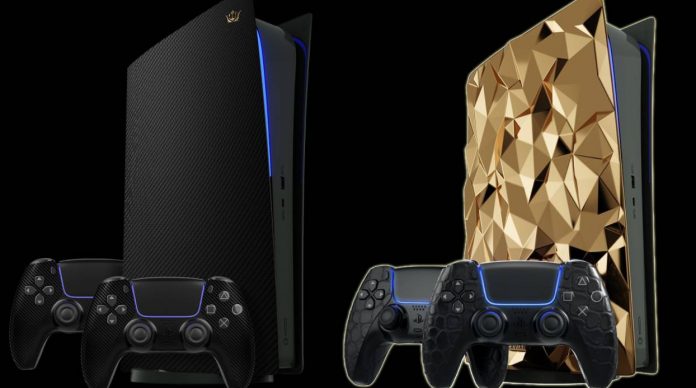 Caviar, which produces the luxury version of many brands, especially Apple, made an announcement about the PS5 in December 2020. The price tag of the PS5 model, which attracts attention with its pure gold coating and is called Golden Rock.

Caviar, which came up with interesting and expensive products, announced the Pure gold-plated PS5 model a few months ago and announced the price of its new product. Produced with 4.5 kg of gold and priced at $ 500,000, PS5 became the agenda in social media. The redesigned device weighs approximately 10 kg with its electronic and mechanical components.

Stating that there are long production stages for each device, the company announced that many rich people, especially Lebron James, are interested in the PS5 Golden Rock model.

Caivar announced that two cheap models, black leather and carbon coating, will be available for users who want cheaper products. It is stated that the price tag of the carbon-coated model will be $ 5,830 and the model with crocodile skin will cost $ 8,140.