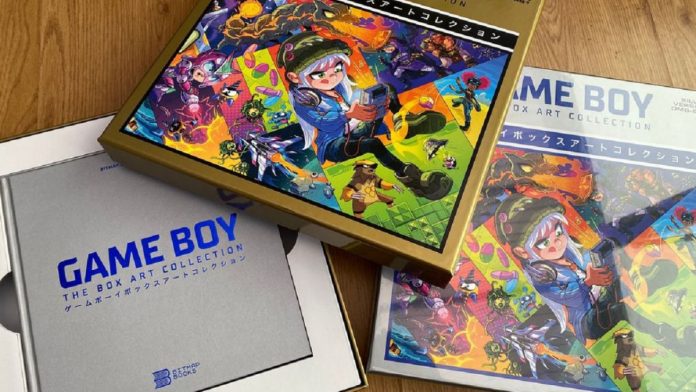 Game Boy: More than 300 games and their respective covers, particularly the Japanese ones, go through this new book that serves as a companion to the Super Famicom. The dean Game Boy, who turned 32 years old on April 21, is an indispensable figure to understand the history of the video game, becoming the great reference and first success of something so established today as the portable game. Being one of the best-selling consoles and blessed with hundreds of games, the story of its legacy can be approached from all kinds of angles like the one in the book at hand: its history through the boxes of the games that make up a representative part from its catalog. This is what Game Boy The Art Box Collection proposes, a luxurious publication that will allow us to appreciate the Nintendo console and its games through the illustrations with which the companies tried to capture our attention and wallets (or that of our parents) .

Up to 369 games appear in this volume, which covers Japanese and Western versions of the original Game Boy boxes, with a special predilection for the original versions and some rarities that will delight collectors, such as editions in metal boxes that only appeared in the native country. This allows us to explore a more unknown side of the platform’s catalog, and at the same time recreate our eyes with some fantastic illustrations full of personality, captured directly through high-quality photographs that allow us to recreate ourselves in the details.

Games through their covers

One of the advantages of the Japanese covers is that there was much more freedom to use the space of the box. As long as it bore the Game Boy stamp and Nintendo branding somewhere, the rest of the surface was fully available for artists to develop their creativity (there wasn’t even a fixed place to put that stamp, it could go both in the top left and bottom). Beyond that, it was a free hand and that allowed the variety and originality of the illustrations to be greater, with some impressive examples. Meanwhile, in the West, Nintendo America had imposed a corseted format with wider and more square boxes, with a huge compulsory “Game Boy” stamp on the left side, homogenizing the format and leaving a more corseted space to “sell” the game through of its face. A good example can be found in the boxes of the first two Super Mario Land, both with beautiful and colorful illustrations of Mario and his adventures in true Yoichi Kotabe style; the illustration is the same between regions, but the art shines more in the Japanese box by dominating the entire width, although it was concentrated in a specific space by a box. Other studies chose to use the entire surface, giving rise to effective compositions that gave an impressive air to the whole.

7 tips for novice assistants in the morgue