Home Entertainment Game Boy Color will receive a game this year 2021; this is... 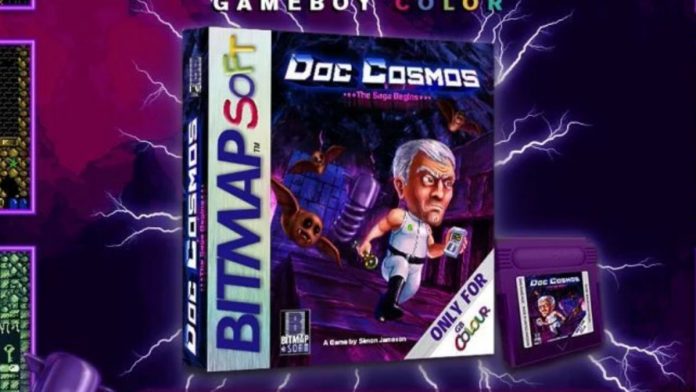 Game Boy Color: The Nintendo console is still present for the most staunch fans of the company’s first color laptop. We know the title.Doc Cosmos will arrive on Game Boy Color this year 2021 by Bitmap Soft, which will be in charge of editing and distributing very limited units of the work of Simon Jameson (Shallan64) in physical format.

Aimed at retro enthusiasts, the developer has been working on this adaptation of the original Commodore 64 game from 2019 with certain enhancements that take advantage of the Game Boy Color hardware. A console that, although limited in possibilities, promises to improve the experience of the title title, which is still a two-dimensional arcade action adventure and platforms in which we can interact in the present and past timeline. Multitude of levels, hidden rooms, bridges, objects and enemies that will appear on the way.

From Commodore 64 to Game Boy Color; shipments from June 19

This edition will feature a millimeter reproduction of the official Nintendo cartridges for the time and will be fully compatible with Game Boy Color pins. Inside, a full-color instruction manual and stickers based on the game.

After being announced on the 2019 RGCD C64 16k Cartridge Dev Compo, then for the Commodore 64, Simon Jameson will make his wish to bring Doc Cosmos to a handheld console come true. “In the present timeline, Doc will be able to jump with great control, allowing him to be controlled in midair. In the timeline of the past, however, Doc will have a different look and control, which will cause him to jump less high but with more distance and uncontrolled in the air ”, reads the description of the title.

Those interested in getting Doc Cosmos for the Game Boy Color can access the Bitmap website and reserve their copy for 40 British pounds (46 euros to change) before they run out. The units will begin to be dispatched on June 19 of this year, so depending on the territory shipments will take more or less time.

Why Amy Schumer Plays Herself in Season 2 of “Only Murders”