Home Sport Gallardo with Riquelme: “He has time to eat roast and talk about... 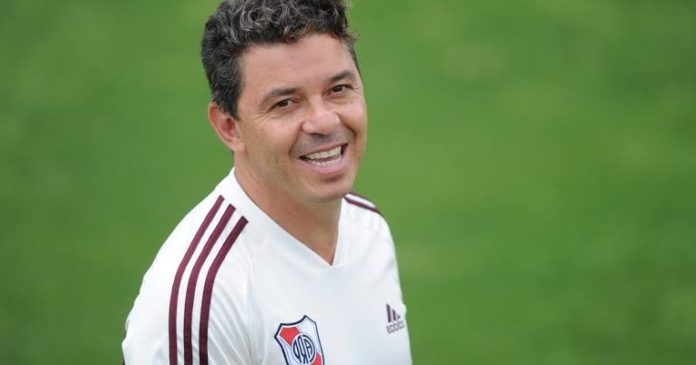 Gallardo with Riquelme: “He has time to eat roast and talk about football”. From the change of venue of the final until Sunday’s formation against Rosario Central. From the rumors of Barcelona’s interest to his dreams as a coach. From his work methodology to a spicy response to Juan Roman Riquelme …

Marcelo Gallardo gave a very conceptual conference on Friday. He did not dodge any questions. It was 20 minutes of an authentic Gallardo. Here, the main phrases.

The spicy response to Riquelme: “I do not share what he said (he did not compete in the World Cup). We went to compete. We had to play and we lost, nothing more. As for the distances between South America and Europe, we must not be a genius to realize that it is important, but in a game there is a chance of winning or losing, we had to lose against a great Barcelona … But I understand it, Roman has time to eat roast and talk about football. in the games that lie ahead. It is not easy to stand in South America by being competitive. We are competitive. We are not to compete like Europeans. We are here to compete here. We are in Argentina and South America. And clearly we have been very competitive. ”

The rumors of Barcelona: “I have not heard anyone talk specifically about this issue. No other party or person showed up to do a management or initiative, knowing that we are in an instance of great importance for the institution, playing defining matches. It is clear that there is nothing that blurs me from the goals that lie ahead. I cannot get carried away by that. I never did it and I will not do it now. I have nothing to say about those rumors. ”

The change of venue: “It’s something new for us because of this Copa Libertadores format, especially because of the definition in a single match. I don’t know if we are culturally prepared in our continent for these changes, if we can assimilate them with peace of mind. There is a process to live in. This is the first example of change and it is up to us to close. The distances in South America are long. One does not always have the privilege of reaching a final. The River fan was fortunate, in these years, to be in These decisive stages And it is the one that unfortunately suffers the most from these changes We had the problem last year of not being able to enjoy the final in our stadium, and all that that entailed, and now the disappointment of not being able to play in the place that I had ruled, by force majeure, it’s reasonable. ”

About his future: “There is a lot of anxiety. I understand that my communication has to be very firm and sincere. I am not thinking about next year, but tomorrow, the semifinal of the Argentine Cup and the final of the Libertadores. No I’m getting ahead of what I’m going to do. It’s a matter of anxiety from other environments that don’t compete with me. I know very well what I want. ”

Will rest be taken after River ?: “I should feel it in the moment. There is nothing that indicates what I would do. It goes through a matter of feeling in the moment. If I think I have to rest, I will rest. If I have to continue, I will There is no pattern. I don’t move that way, but because of my desire and my desire. ”

The praise to River: “If we had any hint of confusion regarding what is being said about the team, we would be failing. And that does not happen. I am calm from that place. I know the course of the squad, the mentality with which one works, the commitment with which he trains. I don’t notice any relaxation towards outside praise. I think it has to do with a built-in way of behavior. We behave the same way in these years, winning and losing. Nothing should destabilize us, neither praise nor criticism. That’s why I’m calm. ”

The weather in Flamengo: “I don’t know what happens or what is being talked about there. We will try to analyze it when we have to play, after the two games we have left. We don’t get ahead because in the middle we have Central, which will give us I’m going to have time to express myself about that game. ”

The match with Central: “We like to play with our people, to accompany the team. It is at an unusual time. But we will have a stadium filled, which will be expressed in the best way.”

About “black magic”: “Look, I will explain a little … We do not choose places. It is the Conmebol that defines the training place and the hotel. But regarding your question I do not believe in any of that , I just believe in work. ”

The state of the squad: “The good thing is that everyone is healthy and available. And besides that there is a team that works. The bad thing is that when you stop, you lose rhythm and competition. And, until you come back, you can spend a long time, for that costs a lot more. But the important thing for this final stretch is to have everyone. ”

The sports world reacts to the colorful video of Gabrielle Union...