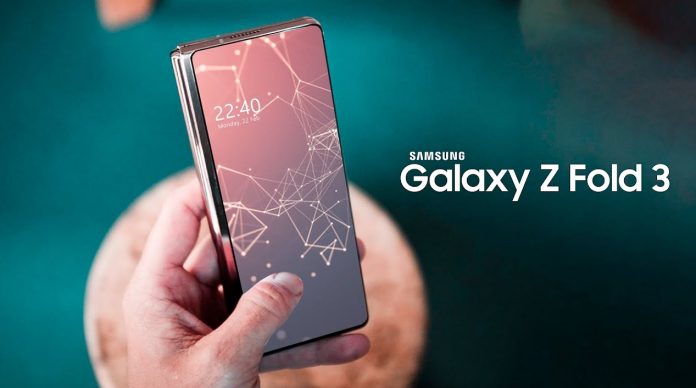 Samsung, which has made serious progress in foldable phones recently, has been working hard on the highly anticipated new Galaxy Z Fold 3. As the introduction date of the smartphone approaches, new features continue to emerge.

Samsung is constantly getting new patents to take the technology it uses in the Galaxy Z Fold 3 to the next level. LetsGoDigital then uncovered a very interesting patent file that Samsung received for a device claimed to be the Galaxy Z Fold 3.

Samsung Galaxy Z Fold 3 may not have physical keys

Undoubtedly, there are patents received by companies after the development of the technologies used in smart phones. Fingerprint readers embedded in the screen and foldable phones are just some of the patents that have been brought to life. Therefore, we can say that smart phone manufacturers give serious importance to these patent applications.

The patent file published by LetsGoDigital includes a smartphone allegedly Samsung Galaxy Z Fold 3. In the patent image, physical buttons that have been used on smartphones for years are no longer included. Instead, the buttons embedded on the side of the smartphone are used.

If we look at the published patent image, unlike physical buttons, there has been a serious increase in the number of embedded buttons. There are four embedded buttons on each side of the smartphone, and when the device is folded, it has the feature of joining.

Unlike physical keys, these buttons will detect finger movements and successfully fulfill their functions such as touching, squeezing and scrolling. If users wish, they will also have the opportunity to assign different features to these buttons.

Apart from that, let’s say that Samsung acquired this patent towards the end of 2020. However, it is not possible to say for now that this technology will come to life with the Galaxy Z Fold 3 model. Therefore, it would be healthier to wait for the official announcement from the company.