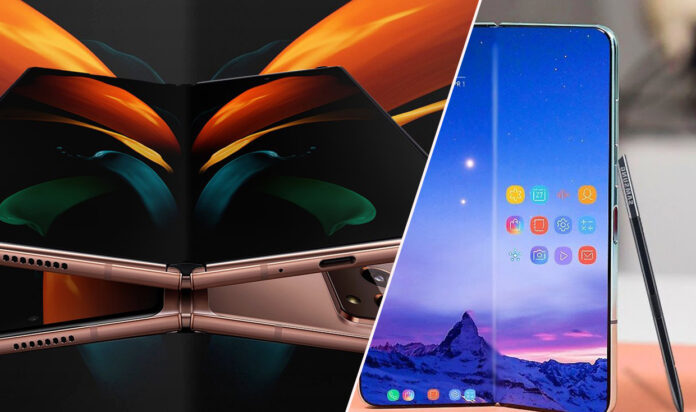 Display specifications for Samsung Galaxy Z Fold 3, Galaxy Z Flip 3 and Galaxy Z Flip Lite have been leaked. According to the leak shared by the famous analyst Ross Young, it has been certain that Samsung will come up with 3 new foldable models in 2021.

DisplaySearch Chief Analyst Ross Young, one of the world’s leading research companies, shared the screen features leak that he obtained for the Galaxy Z, the Samsung foldable phone series after Xiaomi.

Accordingly, the Galaxy Z Fold 3 screen will appear in 7.55 inches when fully opened. This ratio is less than 7.59 inches in its predecessor, the Fold 2 model.

The pixel density of this screen will be at 375 ppi. According to analyst Ross Young, who usually keeps leaks, the source of this shrinkage in screen size is the S-Pen.

The touch pen S-Pen, which we know from the Galaxy Note series, will be used for the first time in a different Samsung smartphone model.

Galaxy Z Flip 3 and Z Flip Lite screens will appear in the same size, ie 6.67 inches. Although the features of these screens are not leaked for now, according to Roos Young, the Galaxy Z Flip 3 may have a display setup with 120Hz refresh rate. For Galaxy Z Flip Lite, a lower resolution screen is expected.

Samsung is one of the leading brands for the foldable phone with the Galaxy Fold model, which was first introduced in 2019. Although the company has not shown the sales success it wants so far, foldable screen phones are expected to be in much more demand by 2021.

How do you think Galaxy Z Fold 3 display features? Do you think foldable screen phones become popular in 2021? We are waiting your comments.