With an event scheduled for September 1, next Tuesday, Samsung will officially present the latest information regarding the Galaxy Z Fold 2, including the long-awaited launch date in the main markets and, of course, the final price.

But new information obtained from the WinFuture website anticipates the value of the Galaxy Z Fold 2 for Europe, revealing that Samsung should charge € 1,999 (R $ 13,150) for its new foldable in the region, a reduction of € 100 compared to the Galaxy Fold , which was sold for the suggested price of € 2,099.

Instead of already offering the option with 512 GB of storage as in the previous generation, Samsung will offer two versions this year, one with 256 GB for the price of 2 thousand euros, with the most powerful option of 512 GB without price revealed until the time.

Offering more powerful hardware and improvements in overall design, the new Galaxy Z Fold 2 jumps in all points compared to the first model of 2019.

Instead of a small, almost useless external screen, now the foldable smartphone really has a large 6.23 inch panel with a strange 25: 9 aspect ratio, much narrower than all common devices, but understandable since the strategy is to fill the possible from the outside.

On the internal screen, Samsung offers a larger 7.6-inch panel with thinner edges and without the giant notch in the corner of the screen, which is now replaced only by a hole that houses the 10 MP internal front camera.

Although Samsung Brazil has an event scheduled for September 2, just a day after the details of the new folding machine were revealed on the international market, we do not know if the Galaxy Z Fold 2 will be announced also on national soil. It is worth remembering that the first Galaxy Fold was announced in Brazil for R $ 12,999. 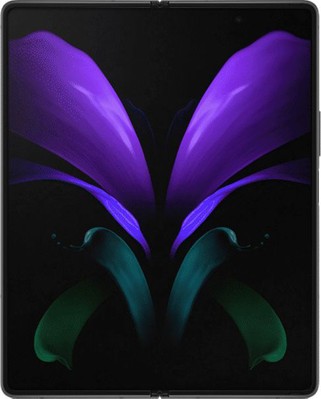 $ 20 Trillion Indemnity Case Against China on the Ground that...

GM released the promotional video of the new Hummer EV

Twitter works on a function to call your followers