The Samsung Galaxy Z Fold 2 was announced earlier this month, during Galaxy Unpacked 2020, bringing significant improvements over the first Galaxy Fold, especially in the screens department. Not only do we have a larger external panel, making its use a more pleasant experience, but revisions were made to the internal display, which now has smaller borders and use of Ultra Thin Glass (UTG) seen on the Galaxy Z Flip.

Now, in an image released by the famous leaker Ben Geskin, the new Fold has been placed side by side with its predecessor, offering a more complete look at the visual improvements made in the new generation. Although the two devices have been compared before, this is the first time that we have seen some details with greater clarity, such as the crease of the internal screen of the new cell phone.

Looks like the crease is really worse than in the first generation 🤭 Or do you think this is just the lighting? pic.twitter.com/PDmJ7SAf8H

As Geskin points out, the fold marks on the most recent display appear to be more pronounced. There is a chance that this bulge is actually an illusion due to the angle at which the light is hitting the panel, but it is still quite possible that a worsening in the crease actually happened, considering the change of technology used on the surface. A similar situation happens with the Galaxy Z Flip, due to the use of glass in the composition of the screen cover. 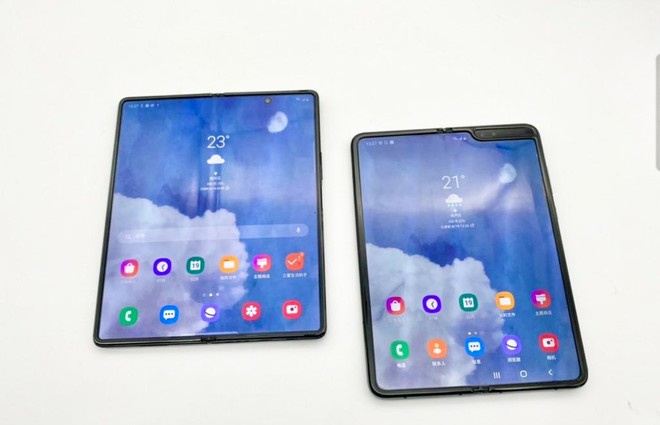 Still, the improvement in the overall look is undeniable, with the Z Fold 2 bringing a more attractive and immersive look. The device had no release date or price yet, but the South Korean manufacturer confirmed that new information will be released on September 1, the day before the Unpacked dedicated to the Brazilian market.

ELLEN DEGENERES WITH CARDI B

Will BTS cancel their world tour? BigHit talks about it

Some Details Revealed with Call of Duty 2020 Logo

Delete this SMS: Your WhatsApp can be stolen