Home Tech Galaxy Z Flip 3 Bespoke Edition, This Is The New Version Of... 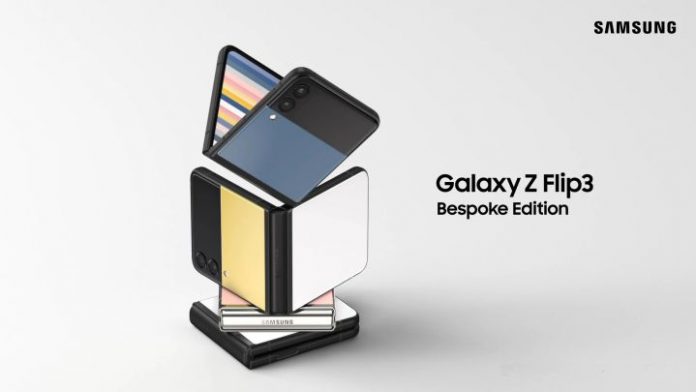 The Samsung Galaxy Z Flip 3 It is one of the most important phones of the Korean firm and, for the moment, it advances without rival in a segment of the most innovative. The company has strived to give the best of itself in each version and today it has shown that it can also do it in the field of personalization. This has been demonstrated in the second Unpacked with the new version of its terminal baptized as Galaxy Z Flip 3 Bespoke Edition.

How is the new Galaxy Z Flip Bespoke

Samsung is a company that not only shows its new devices. Throughout the year we have many productions of the company and sometimes we see projects in which it has collaborated with other companies in the world of music or design to launch some special editions.

This is the case of one of them, such as the Galaxy Z Flip Bespoke Edition. We find the terminal that we saw in its day with its characteristics of a 6.7-inch FHD + Dynamic AMOLED 2X screen, its improved hidden hinge system, the two 12 MPX cameras and the Qualcomm Snapdragon 888 processor.

The big difference is in the case, which you can choose between two color options for the frame and five colors for the front and back panels. The company will make these options available to users at the time of purchase, so each terminal will be unique depending on the combinations that users make.

How much does the Galaxy Z Flip 3 Bespoke Edition cost?

Here is the interesting point of the Galaxy Z Flip 3 Bespoke Edition. And it is that this new section of color combinations raises the price of the terminal to € 1,149 in a version that mounts 256 GB of storage inside. For the rest of its characteristics, as we told you before, it is exactly the same terminal.

Let’s remember that collaborations like this are very common in Samsung and more so in its cutting-edge phone such as the Galaxy Z Flip. We already saw in its first version a special edition called Thom Browne in honor of the American fashion designer who also had a very exclusive wallpaper that you will not find in another device of the firm.