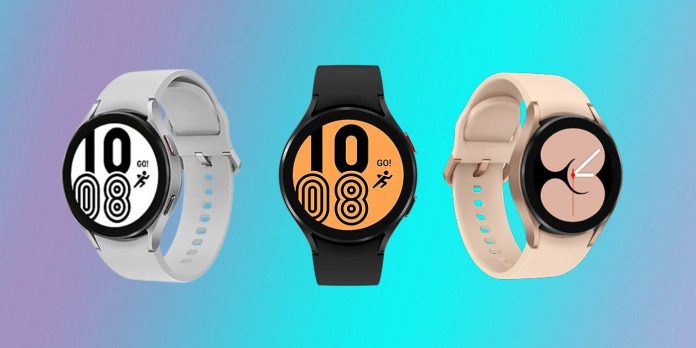 However, for all the new additions, reports also suggest that the Galaxy Watch 5 series may exclude the much-loved Galaxy Watch 4 feature. According to reports, the upcoming lineup will replace the “classic” version with the “professional” one, which means that none of the Galaxy Watch 5 variants will have a rotating frame. This caused great disappointment among buyers waiting for the new line, and many said they would rather buy the old device or switch to another brand altogether. However, there is no official confirmation from Samsung on this score yet.

Related: Here’s What the Rumors Say about the Galaxy Watch 5 (so far)

Samsung is expected to introduce the Galaxy Watch 5 series later this year, although there is no official confirmation of this from the company itself. However, all reports suggest that Samsung’s next-generation smartwatch will be released pretty soon. Last month, a tweet from informant John Prosser even seemed to reveal the exact launch date. According to Prosser, the Galaxy Watch 5 series will be announced along with the Galaxy Z Flip 4 and Z Fold 4 on August 10, and a pre-order will be opened on the same day. It is reported that the official launch will take place on July 26.

Prosser also confirmed long-standing rumors that this year Samsung will abandon the “classic” version in favor of the new “Pro” model. According to the report, the Galaxy Watch 5 series will have three versions, including the standard 40mm model, which will be offered in three colors – Phantom Black, Silver and Pink Gold. In addition, there will apparently also be a larger 44mm variant of the same model, and it will be offered in Phantom Black, Silver and Sapphire colors.

Finally, there will be a Samsung Galaxy Watch 5 Pro with a much larger 46mm avatar. It is reported that it will be available only in two colors — Phantom Black and Silver. Earlier reports claimed that the 40mm model would come with a 276 mAh battery, and the 44mm version with a 397 mAh battery. As for the Pro model, they say that it is equipped with a 572 mAh battery, which should provide much better battery life than any of the Samsung Galaxy Watch 4 models.

Bot attacks may be involved in the GameStop crisis

A fan of Marvel’s Avengers shared a neat concept of the...