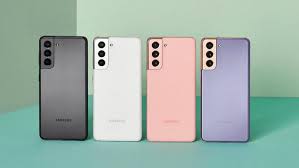 Galaxy S21 FE Exynos processor claim. The claim that Samsung delayed the introduction of the Galaxy S21 FE due to problems in chip supply came to the fore a while ago. It was said that the smartphone could be released in limited numbers with the Qualcomm Snapdragon 888 processor. However, a new news sourced from South Korea points to a change of plan.

According to the news of Mae-il Business site, Galaxy S21 FE will be presented to users in regions such as North America and Europe with Samsung’s own production Exynos processors.

Due to the problems experienced in production for a while, Samsung faces some problems in the release of its new phones with flagship processors. For this reason, the company gave up on releasing the Galaxy Note 21 series.

It seems logical that Samsung does not want another cancellation and insists on the Galaxy S21 FE. In order to achieve this, it should not be surprising that a processor change has been made. It won’t be a surprise to hear more about the Galaxy S21 FE in the coming period.

Why You Should Not Use Public USB Charging Points