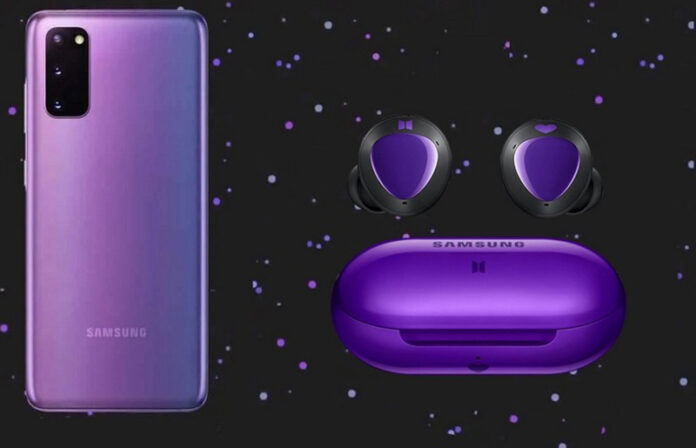 BTS-themed Samsung Galaxy products, which were pre-ordered in South Korea and other regions earlier today, attracted great attention from users. So much so that in Samsung’s homeland, South Korea, just one hour after preliminary orders started, stocks were exhausted.

Earlier this year, Samsung announced that it was partnering with South Korean music band BTS, which has millions of fans around the world. As a result of the agreement, the company, which recently introduced the BTS-themed Galaxy S20 + and Galaxy Buds + products, has opened these products to pre-order in many different regions today.

Just one hour after the preorders started in Samsung’s home country, South Korea, the package containing the BTS-themed Galaxy S20 + 5G and Galaxy Buds + has been exhausted. Similarly, while stocks were running out in Singapore, it was announced that the Galaxy S20 + BTS version is still in stock in markets such as the USA and the UK.

The BTS Edition series, which starts orders in many different countries today, is offered with a BTS-themed wireless charger, a limited edition special case, a special poster, Galaxy S20 + 5G and Galaxy Buds +. Users can pre-order all these products at a price of $ 1,320, but they can also purchase the BTS-themed Galaxy Buds + as a separate product.

Samsung, which we think is very satisfied with the pre-order sales figures in its home country, will start sending BTS Edition orders in South Korea to users on June 29. On the other hand, shipments in other countries are scheduled to start after July 9.

South Korean fans who are only interested in the phone from the BTS Edition series will be able to purchase the BTS-themed Galaxy S20 + starting July 1. So how do you think the BTS Edition products that Samsung has partnered with one of the world’s most popular music groups? You can share your ideas with us in the comments section.