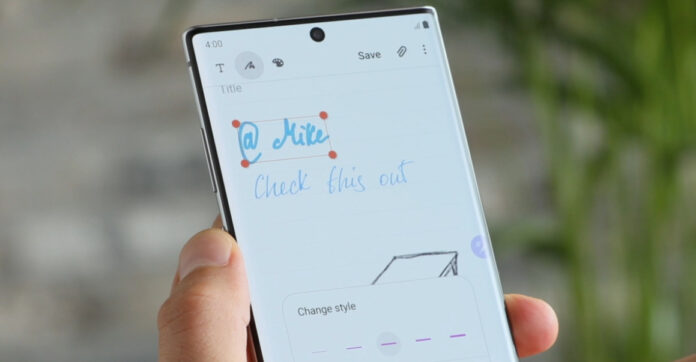 The Corona virus epidemic has done great damage to phone manufacturers. While closing the factories caused inventory problems, people not leaving the house and economic uncertainties caused a serious drop in sales. As the recovery process begins, the Samsung Galaxy Note 20 is at the top of the phones, which have not yet been introduced but are very curious.

Samsung was lucky in this process. While even MWC 2020 was canceled, almost all of the phones introduced recently appeared with an event organized on the internet. However, since the Galaxy S20 series was introduced just before the outbreak eruption, it was launched in a physical environment.

Galaxy Note 20 will be launched over the internet
However, the South Korean manufacturer will share the same fate with other manufacturers on its new flagship. According to the report shared by Korea-based sources, Samsung will introduce the Note 20 series in an online event against the corona virus outbreak.

This is not surprising considering the recent events. However, Samsung will have introduced a flagship for the first time in a non-public event. The Unpacked event, which will be held in August, will not be limited to Note 20 and Note 20 Plus.

At the same time, new foldable phone: Galaxy Fold 2 is expected to be introduced. What are your expectations from the device before the Galaxy Note 20 launch? We are waiting your comments…

Apple removes some settings from its iMac

WhatsApp is testing a number of new features to make life...