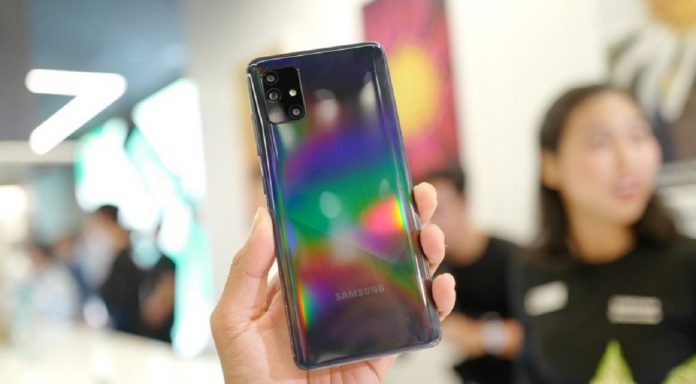 Galaxy F52 5G Features have been announced. South Korean technology company Samsung will soon appear with a mid-range phone. The manufacturer, which is currently working on several models, will also expand its product range with the Galaxy F52 5G model.

As we approached the launch date, the Galaxy F52 5G was approved by various certification sites. This phone, which has been seen in many places recently, is now very close to being introduced.

Smartphones are generally seen on the TENNA site close to their introduction. The Galaxy F52 5G model has been approved on this certification site and once again showed that it is approaching the launch.

According to the data of the TENNA site, the Galaxy F52 5G will come with a TFT screen. However, when we look at the resulting images of the device, the situation seems a little different. Because the pictures show that the Galaxy F52 5G will be equipped with a physical fingerprint sensor. This indicates that the device may come with an on-screen fingerprint scanner and an AMOLED display.

On the other hand, the screen of the Galaxy F52 5G will come with a perforated design of today’s fashion. This hole, placed in the upper left corner on the front of the screen, will also host the device’s selfie camera.

On the processor and storage side, the Galaxy F52 5G will be powered by a 2.40 GHz chipset. However, there is no exact information about which one this chipset will be. The device as well as the processor; It will come with 8 GB of RAM and 128GB of internal memory. As a battery, the phone will have a 4,350 mAh battery that supports 25W fast charging.

In terms of cameras, the rear of the Galaxy F52 5G will have quad-installed lenses. In addition, the main camera of the device will have a resolution of 64 Megapixels and will come with a 16 Megapixel selfie camera on the front.

Among the other features of the Galaxy F52 5G are; It includes Bluetooth 5.1 support, a 3.5 mm headphone jack and a USB-C port.