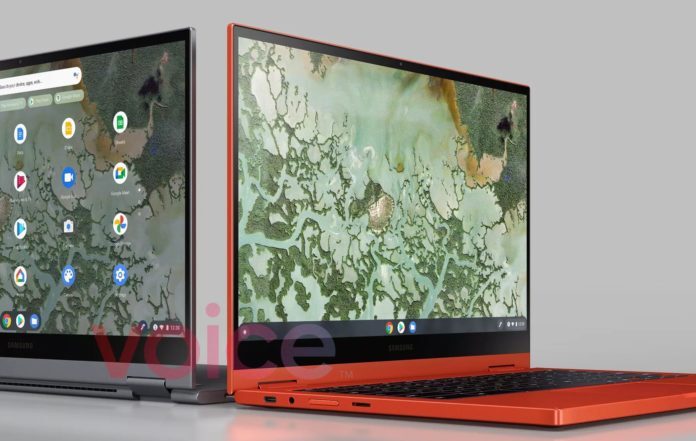 The Samsung Galaxy Chromebook 2 seems to increase the battery life and price of the previous model, according to various Samsung slides leaked by the 9to5Google site. The first Galaxy Chromebook model introduced earlier this year was an attractively designed 2-in-1 device. Still, his interest remained weak due to battery life and the high $ 999 price tag. If these leaked slides are correct, it can be hoped that some Chromebooks will hit the market next year in a more ambitious way.

The most important change seems to be battery life. Slides shared by the source called WalkingCat show that Samsung is targeting more than 12 hours of battery life with this new model. It was understood from the reviews that the Galaxy Chromebook model released at the beginning of this year offers a battery life of approximately 4 and a half hours. Samsung predicted an 8-hour battery life. In both cases, we understand that Samsung will go forward with the 2021 model Chromebook.

Samsung’s slides also show that the Galaxy Chromebook 2 will be the first Chromebook to feature a QLED or quantum dot LED display. The company’s previous Chromebook used 4K AMOLED, an option that negatively impacted the device’s battery life. The transition to QLED will match the change Samsung made to non-Chrome OS laptops in 2020.

The previous Galaxy Chromebook model came with an Intel 10th generation Core i5 processor, which can do much more than do the tasks Samsung imagined customers would use the device. However, this new Galaxy Chromebook 2 is predicted to come with the 10th generation Core i3. Since Chrome OS is a browser-based operating system, this processor change is not considered a negative change. However, it would be preferable for a 2021 model computer to come with 11th generation Intel processors.

All these changes lead to the determination of the foreign price of 699 dollars specified in the WalkingCat leak. This price will most likely be the price of the entry-level model. The first Galaxy Chromebook model was described as a top class model for professionals. We see that the Galaxy Chromebook 2 also retains this attractive design.

The Galaxy Chromebook 2’s lower price compared to its predecessor will make it closer to high-end Chromebooks than laptops from Apple and others. Switching to a different processor and choosing a screen used in other laptops can increase sales when combined with a lower price.

This laptop is expected to go on sale abroad in February 2021. However, we can see the official announcement of this product in CES 2021, which will start soon. We will also see the Chromebook roadmap drawn by Samsung for the next year at this event.