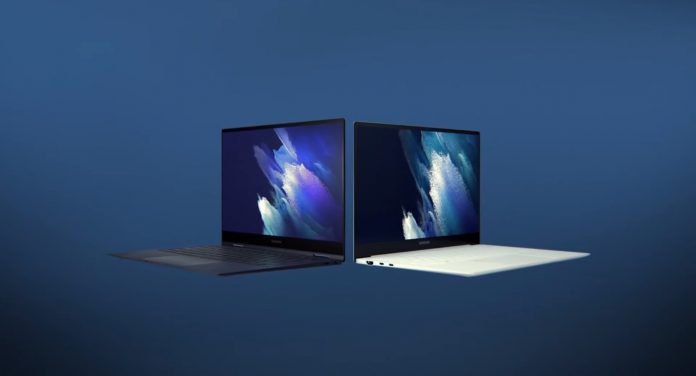 Galaxy Book Pro family introduced. Introducing its new products at the Unpacked event held today, Samsung made a surprise return to the laptop market, where it has been quiet for a long time. The company introduces two new laptops named Samsung Galaxy Book Pro and Pro 360

Returning to the laptop market with the Galaxy Book Pro family, Samsung, unlike many manufacturers, preferred to work with Intel instead of AMD. Both the Pro and Pro 360 models are powered by Intel’s 11th generation processor family. Users can choose any of the i3 / i5 and i7 models while purchasing the product. The company, which gives similar freedom in RAM, offers three different options as 8/16 and 32GB. The device with NVMe SSD support offers storage options up to 1TB.

The Samsung Galaxy Book Pro and Pro 360, which do not have an internal graphics card as standard, use Intel’s Iris Xe graphics processing unit. For users who want more performance, there is a version with a GeForce MX450 graphics card. This option is not available on the Pro 360 model. However, Thunderbolt 4 support on both devices allows external GPU connection.

The Samsung Galaxy Book Pro family, which has two different sizes as 13.3 and 15.6 inches, comes with a screen with a resolution of 1920X1080. This panel, which is also AMOLED, has a brightness value of 500 nits and HDR500 certification. Being assertive in color, aptop supports the DCI-P3 color gamut.

The similarity between the two devices continues in the battery part as well. The 13.3-inch model has a 63Wh battery, while the 15-inch model comes with a 65Wh battery. According to the company’s claims, both devices offer a lifespan of up to 20 hours.

In fact, both devices are technically very similar. However, Galaxy Book Pro 360 is separated from its big brother with its 360-degree rotation feature and touch screen support. At the same time, the device with 5G support is an ideal product especially for drawing with the S Pen support.