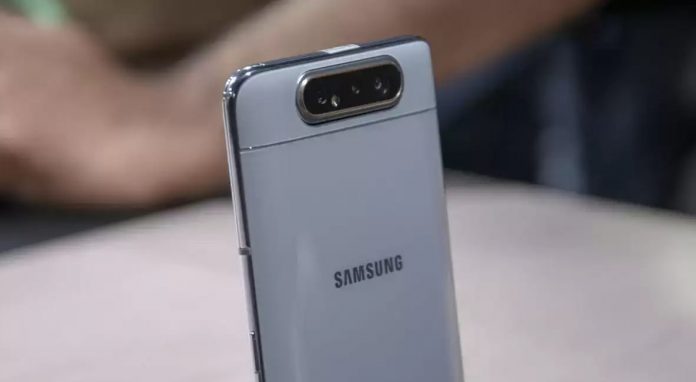 South Korea-based technology giant Samsung turned to mid-range models after flagships. Currently developing Galaxy M62 and M42 devices, Samsung is also working on Galaxy A82. The main features of the expected phone A82 have leaked to the internet.

Samsung Galaxy A82 will be powered by old flagship chipset

Samsung Galaxy A82, which previously received BIS certification, also visited Geekbench performance tests. Now the device has appeared on the Google Play Console site with its basic features. Along with the hardware details, the front design of the device also appeared.

The Play Console listing indicates that the Galaxy A82 will be powered by the SM8150P chipset. This model number refers to the Snapdragon 855 Plus chipset that we were familiar with from Galaxy Note 10.

In addition, Samsung’s mid-segment smartphone will appear with two different RAM options. While revealing that one of them is 4 GB in the Geekbench list; The Google Play list also confirmed the existence of the 6 GB model.

With additional features, the newest member of the “A” series will come with a screen that supports 1080 x 2400 pixel resolution and 450 ppi density. The Samsung Galaxy A82, which will come out of the box with the Android 11 operating system, will also support Bluetooth 5.0 connection.

The Galaxy A82 will appear as the top model of the Galaxy A80, which was launched in 2019. The resulting reports said that the A82 will come with a 64 Megapixel main camera with a Sony IMX686 sensor. The device, which is expected to continue the rotating camera design, will pioneer innovations in terms of processor and camera. In this way, you will be able to take high quality selfies and video chat using the rear camera of the device.

For now, Samsung has not shared a release date for the expected Galaxy A82 model. However, the company is expected to offer the device to consumers in the second quarter of the year.