Home Tech Galaxy A82 appeared live! Here are the details 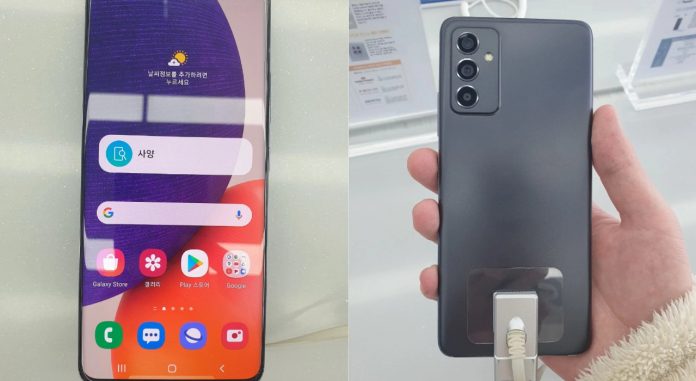 Galaxy A82 claims are growing. Galaxy A82 appeared during live shooting. The live motion video that appeared on China’s social media platform Weibo confirmed the design of the Galaxy A82.

The successor to the Galaxy A80, only by name, the Galaxy A82 will not inherit the rotating camera, which was the great piece of technology of the previous model. Also, according to the current design, the device is no longer full screen.

Information about Galaxy A82 started to become clear

The Samsung Galaxy A82, which previously received BIS certification, also appeared in Geekbench performance tests. Now, the device has appeared with its basic features on the Google Play Console. Along with the hardware details, the device is now known for its design.

Appearing on the Play Console list earlier this month, the Galaxy A82 is thought to be powered by the Snapdragon 855 Plus chipset we were familiar with from the Galaxy Note 10.

In addition, Samsung’s mid-segment smartphone will appear with two different RAM options. According to the information revealed in the Geekbench list, the device will have 4 GB and 6 GB RAM options.

According to the claims, the newest member of the “A” series will come with a screen that supports 1080 x 2400 pixel resolution and 450 ppi density. Galaxy A82, which will come out of the box with the Android 11 operating system, will also have Bluetooth 5.0 connection support.

So what do you expect from Galaxy A82? You can share your ideas with us in the comments.