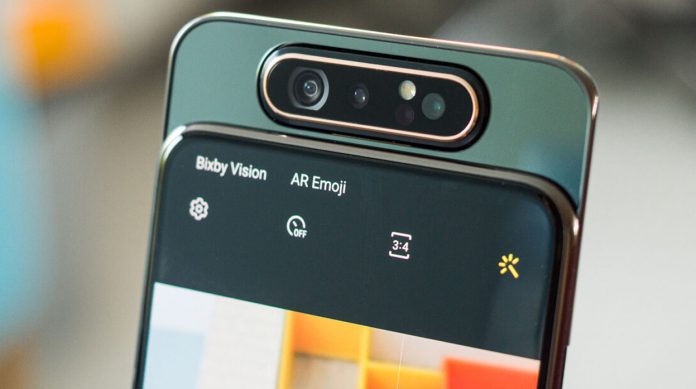 Samsung’s new smartphone Galaxy A82 5G appeared in the Geekbench test before it was announced. The phone, which is expected to be released as a continuation model of the Galaxy A80, which was launched in May 2019, will come out with a two-year processor.

Before going into the details of the processor, it would not be wrong to say that the most curious subject is design. Because it is currently unknown whether the rotating camera design that we encounter in the A80 will continue on this device.

The single core score of the phone, which showed up in the Geekbench performance test with the SM-A826S model number, was 755 and the multi-core score was 2630. The phone powered by the Snapdragon 855 processor, which Qualcomm launched two years ago for flagship phones, is accompanied by 6 GB of RAM.

Although we use the definition of “processor for two years” here, it should be noted that the Snapdragon 855 is still powerful and many mid-range phones still cannot come close. It will be out of the box with Android 11 operating system and One UI 3.1 interface.

Qualcomm Snapdragon 855 was previously preferred on Samsung’s Galaxy A90 5G. The phone, which came to the shelves two years ago, thus increased its performance to the top.

Although the concept created in the Galaxy A80 was not successful enough, Samsung may not give up the basic principle in the design of the series. Because apparently, there is not much to make the Galaxy A82 interesting for now. Therefore, perhaps the rotating camera module prepared with a more advanced design may be waiting for us in the future.

Unfortunately, there is no concrete information about the device for now. However, it seems obvious that we will hear the name Galaxy A82 5G more in the future.