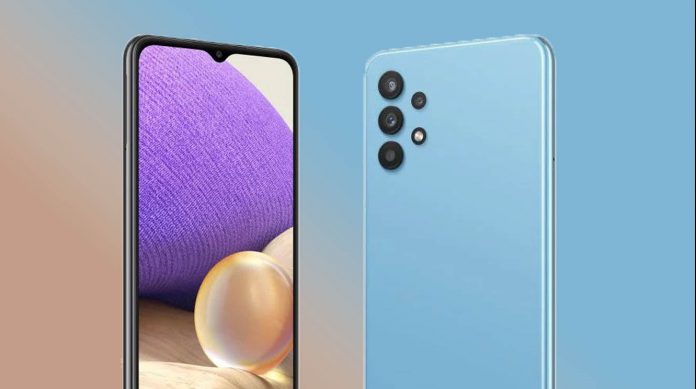 Although Samsung gave the stage at the Galaxy Awesome Unpacked event to the Galaxy A72 and Galaxy A52 models, the Galaxy A32 was also one of the new members of the Galaxy A series. This phone offers the interesting features of its larger screen and higher priced new siblings in a slightly more affordable package.

Galaxy A32 targets a user base that cannot be as large as the A52 and A72 in terms of budget. This phone also comes in a design that combines glass and plastic. Unlike the other two phones, the back of this phone is glossy and plastic is used. In this phone, like other new Samsung Galaxy phones, we see color options such as black, white, blue and lavender. In addition, the camera module is much simpler and we see that only the cameras protrude outward. Apart from that, there is an Infinity-U display on the front instead of the Infinity-O on other phones.

Samsung also includes a Full HD + resolution Super AMOLED display on this phone. The screen size is 6.4 inches. This screen also offers a sufficient screen for tasks such as watching videos and surfing the internet. We also see the in-screen fingerprint reader on this phone. On the processor side, we see that there is a MediaTek Helio G80 processor. This processor is one of MediaTek’s powerful processors on the gaming performance side. When we look at the battery side, we see that this phone will also come with a 5000 mAh battery.

The Galaxy A32 also comes loaded with Android 11 and One UI 3 above it. User interface elements that can be used easily with the large screen, application shortcut icons are present in this user interface. Young people, who are the target audience of the phone, will be satisfied with this user interface.

On the camera side, the Galaxy A32 includes a 64-megapixel main camera. However, this camera does not include the optical image stabilization feature on the A72 and A52. Other cameras are given as 12 megapixel ultra wide angle camera, 5 megapixel depth camera and 5 megapixel macro lens. On the front we see the 20 megapixel selfie camera.