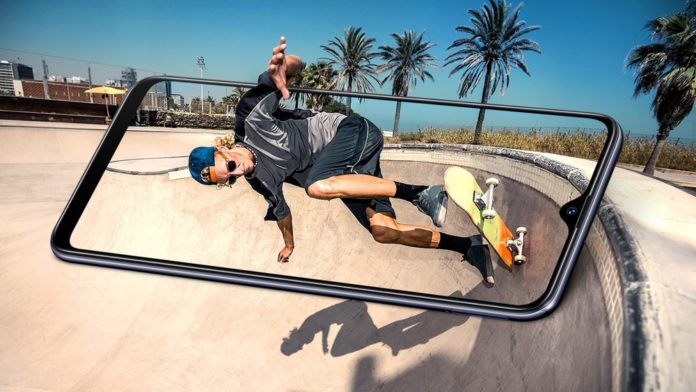 The Galaxy A30S can be considered the new generation of the Galaxy A30. The cell phone was announced for R $ 1,599 and currently costs R $ 1,499 on the official website, but consumers already find it in the range of R $ 1,000 in online retail. The technical sheet contains outstanding specifications, such as triple camera, 6.4-inch screen, Super AMOLED technology, octa-core processor, 4 GB of RAM and 64 GB of internal space. In addition, it stands out for its 4,000 mAh battery.

The smartphone also offers a three-color finish: black, white or violet. In the following lines, know the strengths and weaknesses of the Samsung model.

STRENGTHS
1. Battery life
The Galaxy A30S reaches the consumer with a 4,000 mAh battery, the same capacity seen on the Galaxy A30. In the previous model, the load promised the whole day of use, now it should last even longer due to the lower screen resolution. According to Samsung, the component offers 14 hours of internet access via 4G networks. If the use is more moderate, with WhatsApp and social networks, for example, it will be necessary to recharge the device every two days.

2. Triple camera
The Samsung smartphone has three sensors: one 25 megapixel, one 8 megapixel and another 5 megapixel. The first lens is the main one, which captures quality images even in low light conditions. The second is the ultra wide (or angled lens), interesting for capturing more open scenes, with different objects or many people. The third camera corresponds to the so-called Portrait Mode, which blurs the background of the photos.

It is also worth highlighting some useful features, such as the Flaw Detector, which alerts when someone leaves with their eyes closed, and the Scene Optimizer, which makes automatic adjustments in aspects such as brightness and contrast, according to the detected scenario.

3. Modern design
With a more attractive and elegant look, the A30S draws attention due to the more sophisticated finish compared to the other models in the intermediate segment of the brand. The cell phone is available in purple colors, which attracts the younger audience, and in traditional black or white. In addition, Samsung bet on a pattern with three-dimensional blocks that reflect different tones depending on the angle with which the light illuminates the surface of the device.

4. Good gaming performance
Samsung kept the same processor as the Galaxy A30 – the Exynos 7904, which allows the use of browser and applications without any major problems. The biggest advantage was in relation to the lower resolution of the screen, generating a lower weight on the GPU (graphics card) Mali-G71. Thus, the device’s hardware allows games to run more smoothly.

In addition, the Galaxy A30S has 64 GB of storage, which allows you to download many games. Regarding its performance, the model should not disappoint, especially when compared to cell phones in this price range. In addition, the AMOLED panel promises a display with more vivid and vibrant colors.

NEGATIVE POINTS
1. Sound quality
The sound part of the cell phone does not have the expected evolution, mainly because it is a line later than the A30 and presents practically the same mono sound. When the cell phone volume is at its maximum, the audio should have noise, although it appears to have a high sound power. Thus, the details of the audio are modified and it can be concluded that the sound quality leaves something to be desired for a product that hit the market in 2019.

2. Artificial intelligence of the camera
The Artificial Intelligence (AI) feature of the Galaxy A30S camera tends to make the records overly colored, intensifying the tones and making them much more vibrant. Samsung’s AI is enabled by default, forcing photos to be saturated to the maximum. To avoid over-saturation and loss of detail, the user can disable the feature in the camera settings.

3. Lower resolution screen
The screen with 6.4-inch display of the Galaxy A30S features Super AMOLED technology – which offers good quality in brightness and color rates. However, the device has lower resolution, which went from Full HD + to HD +. As it has a lower pixel density, this reduction should impact the sharpness of the images shown on the display. The change does not harm those who use the smartphone at night or away from home, but it is a point to be highlighted for being below expectations in the middle of 2020.

4. Recharge time
The Samsung cell phone has good battery life, with the charge lasting up to two days, according to the manufacturer. However, the recharge time is a negative factor. The Galaxy A30 already needed a long time in the socket, and the A30S compounded this problem, taking even longer to be fully recharged. It takes more than two hours before the phone is fully charged. About 15 minutes in the socket correspond to only 13% of the smartphone’s battery level.

Redmi Earbuds S is introduced! Here are the features and price

Facebook Data of 500 Million Users from 82 Countries Released on...

Microsoft Announces: What is Project Reunion?