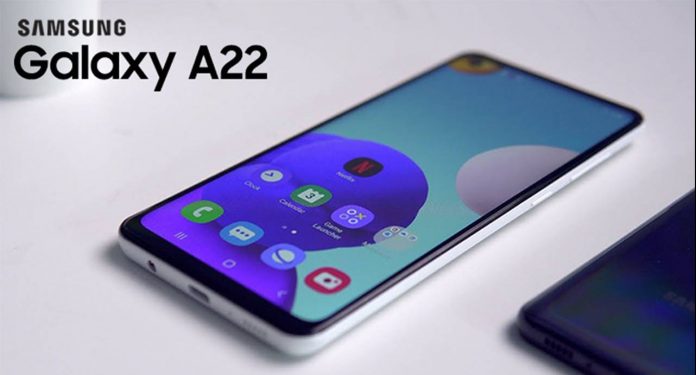 Galaxy A22 5G introduced: Leaks about the Galaxy A22 5G have increased recently. The phone, which is the latest part of the South Korean company’s approach to offer the 5G experience at a more affordable price, has finally officially appeared.

Although there is no official information from Samsung, it is known that MediaTek’s Dimensity 700 processor is at the heart of the Galaxy A22 5G. This processor is accompanied by 4, 6 or 8 GB of RAM. There are two options for the internal storage of the phone, 64 and 128 GB.

The smartphone has a 6.6 inch LCD screen. The refresh rate of this screen with Full HD + resolution is 90 Hz. The camera stands out as the area where the Galaxy A22 5G is relatively weak.

The phone has a triple camera system on the back. Optical image stabilization is not available on the 48-megapixel main camera. A 5-megapixel ultra-wide-angle camera and a depth sensor complete the system. The resolution of the front camera placed in the notch on the Infinity-V screen is 8 megapixels.

The Galaxy A22 5G provides the energy it needs with a 5000 mAh battery. This battery has 15W charging support. It is worth noting that the fingerprint scanner of the phone is also placed on the edge.

Galaxy A22 5G will be released in July. The smartphone will be available in four color options: gray (a close to black tone), white, green and purple.