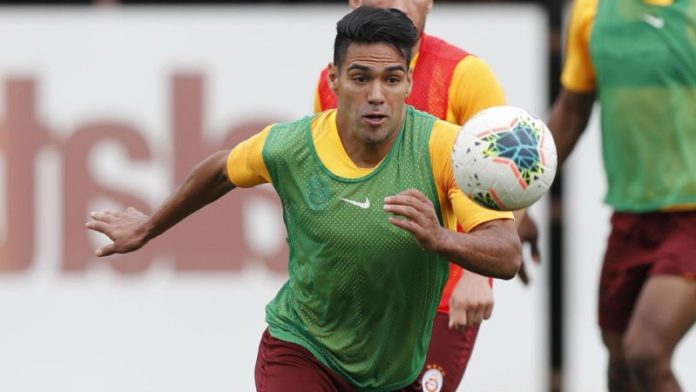 The recovery of Radamel Falcao García captures for this day much of the attention of Galatasaray, thinking more than in the Turkish Super League, in what comes for the Champions League.

SporX, a Turkish medium that covers Cim-Bom, said coach Fatih Terim asked his medical staff to work hard on the Colombian’s injury so he could have it against Real Madrid. “I need Falcao for the Real Madrid game. Prepare it with all the possibilities. With Falcao we will be a much stronger team.”

Even that would be the underlying reason why Radamel will not be against Sivass for Friday, at the local championship game, being reserved by the coach to prioritize his physical work.

“The pain in the Achilles tendon did not improve after a week. Falcao will probably miss the match against Sivasspor on Friday and try to get to the game against Real Madrid by the Champions League,” the same media reported in the early days of the week.

Galatasaray is third of his group in the European competition with one point, while Real Madrid by Zinedine Zidane and James Rodríguez is last, also with a unit, but a goal difference -3. Hence the need of the Turks to add the three points to the Spaniards to give a blow of authority and stay alive in the tournament.

Falcao on the other hand, has barely been able to play five games this season and has been three consecutive off the field due to the injury. His only score with the ‘yellow and red’ was more than a month ago, on November 13, in his debut match.

Messi asks for it: he wants it at Barça (and is...