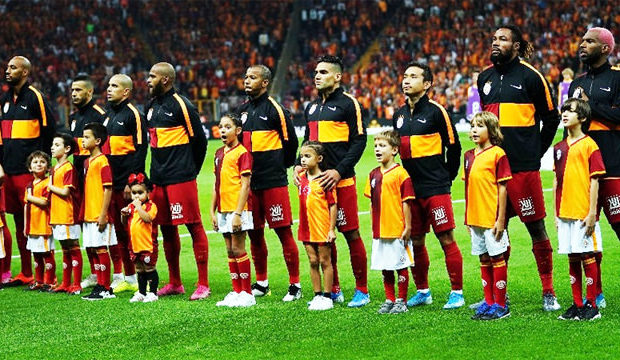 Turk Telekom Stadium will start at 22.00 and the fight will be played Polish referee Szymon Marciniak will manage. Marciniak will be assisted by Pawel Sokolnicki and Tomasz Listkiewicz. The fourth referee will be Tomasz Musial.

Galatasaray started with a draw

UEFA Champions League this season, the first match in the away match of Belgium played with Club Brugge Galatasaray was a goalless draw with his opponent.

Paris Saint-Germain in the first match of the group’s strongest team Real Madrid beat 3-0 at home.

Galatasaray, 281. match in Europe is going out

Yellow-red team, the European cups before the 99 out of 280 competitions left with a win. Galatasaray defeated their rivals in 107 matches, 74 completed the fight in a draw.

In the European arena, the opponent nets 376 times aired yellow-reds, 414 goals in the castle could not prevent.

Galatasaray, the 74th European match is under the Terim management

Yellow-red team in the Super League championship in the last 2 seasons of the UEFA Champions League with Terim, draws attention to the experience of European cups.
Galatasaray, Fatih Terim 73 came to the European cup management.

Galatasaray match Paris Saint-Germain, Brazilian star will be deprived of Neymar.
Neymar, Manchester United in the Champions League 2018-19 season last 16 rounds in the rematch match, the opposing team in favor of the Video Assistant Referee (VAR) after the penalty of the decision of the referee who went to the application of the “disgrace” comment was received for the penalty.