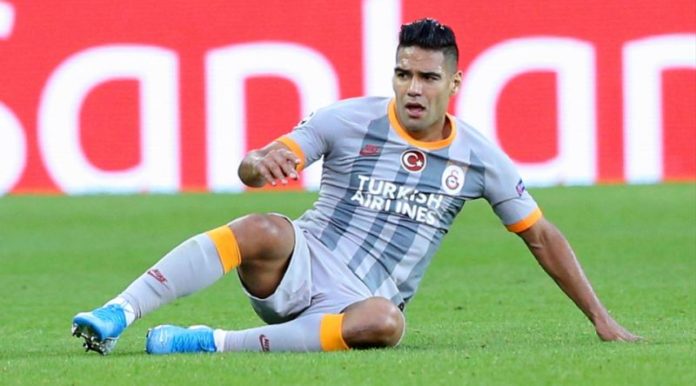 It has been almost a month since Radamel Falcao Garcia played his last game with the Galatasaray shirt, a recurring pain in the Achilles heel has set all the alarms of the Cim-Bom box that put all his hopes on the Colombian striker, star signing from last summer market.

After several weeks of speculation, Galatasaray finally gave precise explanations about the Tiger’s injury. “After the match against Paris Saint-Germain in the UEFA Champions League, Radamel Falcao, who was diagnosed with tendinopathy and had pain problems due to the difficulty in the Achilles tendon, began working separately under the supervision of our physiotherapists and conditioners, “the Turkish painting published on its official website.

“The sensitivity of the Achilles tendon, edema of the ankle and soft tissue and physiotherapy will be decided as a result of daily clinical evaluations,” he added.

Although Galatasaray has not reported the specific time for the recovery of the Colombian and that the player expects to return to the fields as soon as possible, the truth is that experts say that this type of injury could take about six weeks to heal completely, so Otherwise, a more serious injury could be caused.

Falcao’s last game was on October 1 in the 0-1 loss to PSG, since then the Colombian has lost five games, four from the Super League and another from the Champions League.

The Jets will be without a key offensive lineman this weekend...