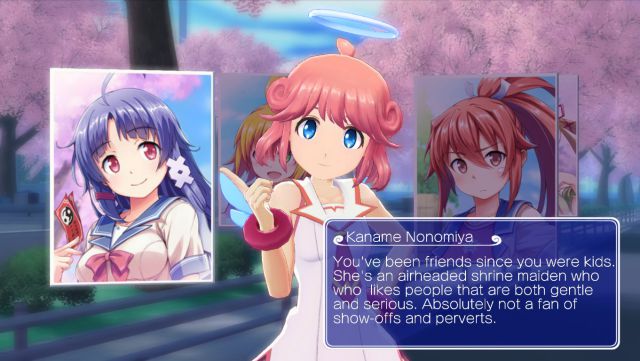 We take a look at the remake of the first game in the Gal Gun series, a lighthearted rails shooter that arrives just to celebrate the series’ 10th anniversary.

The Gal Gun franchise returns to the video game scene both for the celebration of the franchise’s 10th anniversary and for the arrival of the remake of the first game in the series for PC and Switch, the only game in the franchise that was yet to come. Originally the franchise was presented as an Xbox 360 exclusive that was released only in Japanese territory in 2011 and that the following year would be adapted into a more complete version, including additional content such as new game modes and DLC, gaining certain significance among Japanese players and some Westerners who came to import the game.

Later, the series would have two continuations, Gal Gun Double Peace and Gal Gun 2, which would reach the West in 2016 and 2018 respectively, opening the door of the series to the public in this part of the world and gaining some acceptance. Apart is the case of Gal Gun VR, a title adapted for virtual reality devices that to date is only available on PC. Gal Gun Returns, meanwhile, offers the opportunity to enjoy the title that started the franchise with a facelift and some extra content included as standard in this new version.

The story of the game begins with the angel Patako who has been sent to carry out his mission. His goal is for young Tenzou, a high school student with little popularity among girls, to finally find the love of his life. However, the situation gets out of control when the pheromone gun begins to shoot uncontrollably several arrows that hit Tenzou at the same time, causing an overabundance that makes the high school girls feel attracted to him. After receiving help from Patako to get rid of the situation, she informs him that he must find the love of his life before the day is out or he will spend the rest of his life completely alone, ignored by girls, boys and even animals. Against this background, Tenzou will venture to find the girl of his dreams while avoiding the rush of his classmates.

The game offers several game modes with different playable variants and also various extras. The most striking is the story mode in which the player will experience the history of Tenzou through four selectable scenarios, each one dedicated to a romantic interest of the protagonist, at the same time that they will consist of different phases, in which to go through different rooms and areas of the Kagurazaka Institute in which to face the attacks of the classmates, and teachers, in search of the means to manage to confess his love to the girl of his dreams. Each of the four girls that Tenzou can choose have different backgrounds and personalities, these being Kaname Nonomiya, a young priestess who is a childhood friend of the protagonist, Akira Hibuki, a girl who is always challenging the boy in various confrontations, Kaouruko Kagurazaka , a girl from a wealthy family who is a high school mistress and professes a great interest in art, and Aoi Uno, a young woman with a great passion for music and who seeks to cause a sensation by holding a concert with her band.