Home Entertainment Gabby and Rachel accused fans of the bachelorette party that they “did... 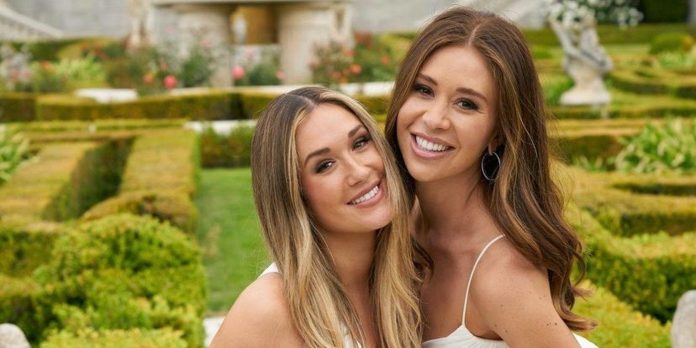 Amid criticism from fans of “The Bachelorette Party”, the double main roles of Gabby Windy and Rachel Recchia have spoken out in defense of the unconventional format of their season. Gabby and Rachel are the main characters of the 19th season of the popular franchise, which became a monumental first. Viewers fell in love with Rachel and Gabby during their journey in The Bachelor, when they fought for the heart of Clayton Echard. After the best friends got into the top three, Clayton broke their hearts, and the whole bachelor nation sympathized with them.

ABC hastened to announce that the next season of “The Bachelorette” will feature both fan favorites, but assured viewers that the best friends will never compete with each other. After their season started, fans jumped on social media to criticize the producers of the franchise, complaining that the girls were repeatedly pitted against each other. Even after the format of the show changed, requiring men to decide whether they were “Team Gabby” or “Team Rachel,” viewers continued to express their frustration online.

Now the main characters of “The Bachelorette” assure both viewers and former participants that they never felt set against each other and always chose each other first throughout the journey. In an interview with The Hollywood Reporter, the girls were asked how the show was progressing and whether they believed that the format would change if there were two main characters in the series again. Gabby replied: “It was so nice that someone else, a true friend, went through this with you. Watching the criticism in response and seeing it on the internet, it’s not that surprising, but it’s almost like, “Oh, guys, you’re kind of missing the point.” Gabby noted that while many fans say she and Rachel “let [men] do it because of the competition,” that’s not the reality of her and Rachel’s journey.

Gabby wasn’t the only one of the two best friends who firmly held the opinion that what Bachelorette viewers think at home is not how it happened. Rachel also expressed her opinion on this. “Gabby and I never fight,— Rachel said, —and we never make decisions alone, at the beginning of the season. Rachel agreed with her bachelor partner that the fans missed the essence of the season, and said that “female friendship and the fact that we go through this together and show our real emotions” should be as convincing as their love stories with men.

Throughout the interview, both presenters promised the audience that they were just watching the sincere emotions of everyone, including producers working in this new format for the first time. Rachel and Gabby also assured viewers that for every low moment that fans have seen or will see on TV, the two ladies first of all helped each other overcome difficulties. The bachelorette party took a risk for the first time by inviting two main characters, but Rachel and Gabby support the new format and assure viewers that everything was fair. However, as many Bachelor Nation fans know, after the contract with ABC has expired and a book deal is on the table, opinions about how the show is created seem to be changing.