Home Entertainment G7’s Decision for LUNA and These Altcoins! 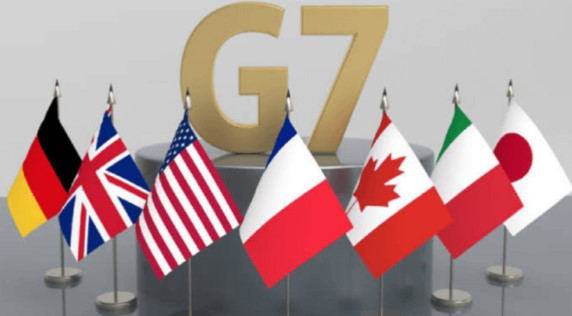 Due to the LUNA collapse, which caused an earthquake in the crypto market, cryptocurrencies were brought to the agenda at the G7 meeting. G7 finance ministers created a draft text as preliminary work for regulations and called on the Financial Stability Board to speed up the work.

Before the G7 meeting started, as we mentioned in the Somagnews news, the President of the French Central Bank, Francois Villeroy de Galhau, announced that the regulations concerning all cryptocurrencies, including Bitcoin and Ethereum, will be the focus of the G7 meeting to be held in Germany.

Francois Villeroy de Galhau emphasized that this issue was added to the agenda amid the unique turbulence caused in the crypto markets by the collapse of Terra USD (UST) and Terra (LUNA), which had an earthquake effect in the crypto money market last week.

Stablecoins will be the focus of regulation

The Financial Stability Board, headquartered in Basel, oversees the global financial system and works to support financial stability. As it will be remembered, Financial Stability Board officials announced that they would prepare a report on how to regulate, supervise and monitor the algorithmic or reserve-based stablecoins that set the agenda with the LUNA collapse, and that they would publish this report in October last year.

The imbalance that started with the loss of the dollar anchor of Terra USD (UST), which you followed closely in the Somagnews news, came together with the Anchor Protocol (ANC) problem, which led to the dissolution of the UST and the collapse of Terra (LUNA). This collapse led to billions of dollars in liquidations in the cryptocurrency market and a total market carnage. Following these developments, US Treasury Secretary Janet Yellen emphasized that this collapse reinforces the urgent need for a new regulatory framework on cryptocurrencies and stablecoins.