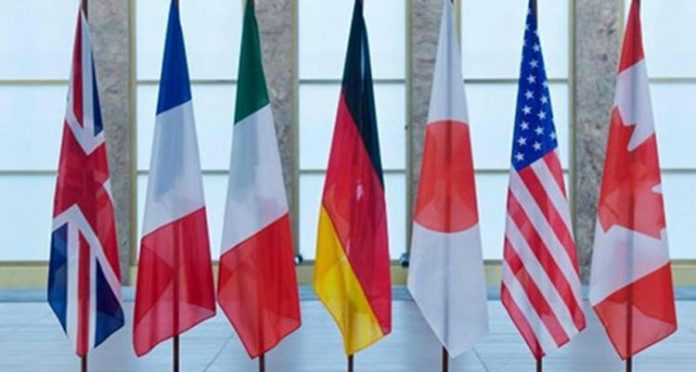 G7 countries came together to discuss the economic impacts of the Coronavirus, the issue of digital taxation, and digital central bank coins (CBDC). The summit, which is thought to affect the crypto money market, ended in the evening.

SPOILER: No official announcement has yet been made regarding digital central bank coins.

G7 representatives emphasized the importance of cryptocurrency regulation as a result of the meeting held in December 2020. The Minister of Finance of Japan suggested that digital currencies be handled at the G7 summit this week.

The main topics discussed at the summit were the recovery of the global economy, taxing digital technology companies, and supporting economically weak countries. Bitcoin and altcoin prices remained partially flat due to the lack of direct crypto money betting at the meeting.

UK Finance Minister Rishi Sunak explained that the digitalizing world economy has caused some difficulties on tax basis. The Finance Minister said they are trying to find a global solution to these challenges.

Japanese Finance Minister Taro Aso said steps will be taken to prevent big tech companies from evading taxes. It was stated that a new tax policy could be applied to these companies as of spring.

US Treasury Secretary Janet Yellen announced that the US will play a more active role in the international arena with the administration of Joe Biden. “It’s time to take big steps,” Yellen said on economic recovery and stimulus packages. used the expression she.

IMF President Kristalina Georgieva announced that global vaccination studies will be supported, policies prepared against Covid-19 will be supported, action will be taken against climate change, and “comprehensive support” will be provided to economically weak countries.