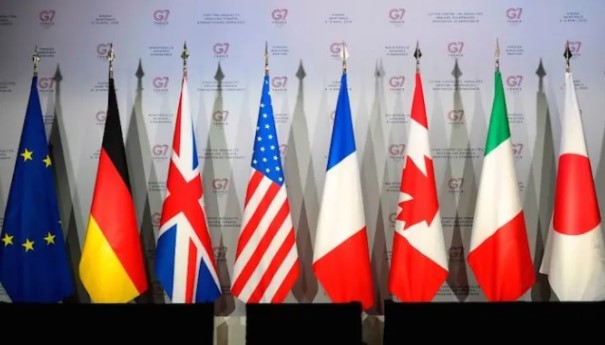 “We will ensure that the Russian state and its elites, proxies and oligarchs cannot use cryptocurrencies as a way to avoid or neutralize the impact of international sanctions,” the G7 countries said in a joint statement. Meanwhile, the U.S. Treasury Department is closely watching any attempts to bypass or violate Russia-related sanctions, including the use of cryptocurrency.

On Friday, G7 leaders issued a unified statement discussing further punishments against Russia. The statement, referring to Russian President Vladimir Putin’s invasion of Ukraine on February 24, said, “Our nations have taken broad and restrictive measures that have seriously affected the Russian economy and financial system.” The G7 joint statement includes the following information:

In particular, we will ensure that the Russian state and its elites, proxies and oligarchs cannot leverage cryptocurrencies to escape or circumvent the impact of international sanctions, in addition to other steps to prevent avoidance.

According to the G7 leaders, this will “further restrict their access to the global financial system. The rest of the explanations are as follows:

We promise to take steps to better detect and prevent illegal activities, and we will impose fines on illegal Russian actors who use cryptocurrencies to increase and transfer their wealth, in accordance with our local procedures.

The U.S. Department of the Treasury’s Office of Foreign Assets Control (OFAC) released recommendations on Friday to “guard against attempts to use cryptos to evade U.S. sanctions on Russia.” According to the guidelines, all US citizens must comply with OFAC requirements, regardless of whether a transaction is denominated in fiat or cryptocurrency. According to the guide:

The US public, wherever they are, should be wary of attempts to circumvent OFAC laws, including by companies that handle cryptocurrencies, and take risk-based procedures to ensure they do not engage in illegal activities.

OFAC closely monitors attempts to evade or violate Russia-related sanctions, including the use of cryptocurrencies, and is committed to using its extensive enforcement powers to stop violations and promote compliance.

Treasury Secretary Janet Yellen noted last week that the Treasury Department is monitoring the use of cryptocurrencies to evade sanctions, and the Financial Crimes Enforcement Network (FinCEN) has posted red flags about avoiding suspicious crypto sanctions.