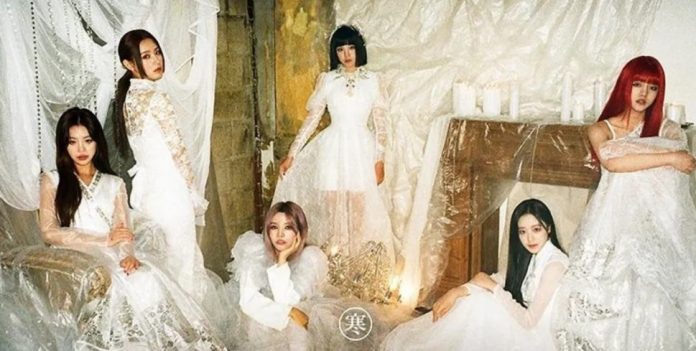 The girls of (G) I-DLE showed their inner fire in the middle of winter with the photo previews for the album ‘I Burn’.

Cube Entertainment released a group photo and 6 individual teasers for (G) I-DLE with the HAN concept for ‘I Burn,’ the fourth mini album by the girl band Soyeon led.

A few days ago, the girls of (G) I-DLE made their return to the stage official with a new production inspired by the power of winter, but with a name that contrasts with the coldest season of the year.

The 5 singers and rappers will present ‘ I Burn ‘, the K-pop band’s fourth mini album . According to Soyeon , the promo song will have a lot of punch, the rhythms, style, choreography, and looks will enchant Neverland.

Through the social networks of (G) I-DLE , published 7 photos conceptual teasers to ‘ I Burn’ , the idols seemed long clothes in diaphanous fabrics and busy. We tell you all the details of the girl group’s comeback below.

(G) I-DLE SHOWS ITS MOST MYSTERIOUS SIDE FOR ‘I BURN’

In the concept photos with HAN’s name , Shuhua was shown sitting in a light long-sleeved dress and bold makeup. Yuqi wore a white outfit combined with a headband and accessories.

Soyeon gave the camera a defiant look and covered her face with a piece of tulle, Soojin demonstrated her modeling skills by posing elegantly for teasers. Minnie wore a white eyeliner make up and a classy look. Miyeon opted for a sweet style, but at the same time flashy.

ARE YOU LOOKING FORWARD TO (G) I-DLE’S COMEBACK?

(G) I-DLE’s group photo for ‘ I Burn ‘ showed the performers on a set filled with white fabrics, matching candles, lights and paintings, giving it the appearance of an abandoned or newly inhabited house.

(G) I-DLE will release the album ‘I Burn ‘ on January 11, they will release the official MV of their promotional song and the rest of the songs will be available on different musical platforms.

Want to know more about the artists’ comeback? We invite you to watch: (G) I-DLE travels to an enchanting world in anticipation of their comeback

Billie Eilish shares the secret message of her green hair