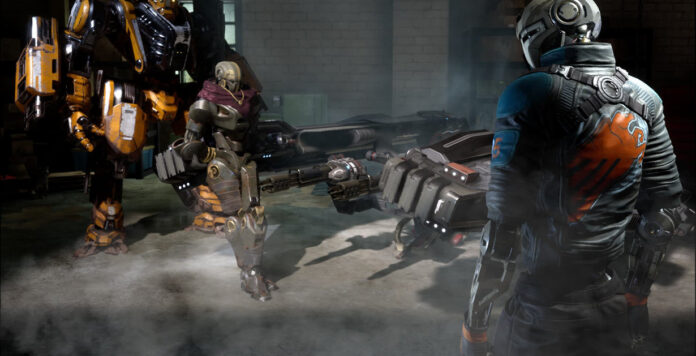 A new one is added to the war games that can be played on PlayStation 4. Those who love futuristic games will appreciate Disintegration will debut for the platform in June.

The competition between the consoles is expected to get hot this year, as both Sony and Microsoft are preparing to launch their next-generation console soon. Microsoft organized an event for its new console today.

At this point, Disintegration manages to steal the spotlight above the Xbox Series X descriptions, at least in part. If you are looking for a war game where technology will fly in a futuristic environment until Titanfall 3 is released, Disintegration may be a good alternative for you.

Disintegration dazzles its staff:
Although the disintegration game did not create a big noise, it contains very important names in its staff. Among the developers of the game is one of the creators of Halo. Experiences from the past also stand out in the trailer of the game.

We play an Android called Romer Shoal in the game. We gather our team of outlaws and go on adventures. Sometimes, we give various commands and send our team to war; sometimes we have to equip our weapons.

In the new trailer of the game, we also get information about the story and characters of the game. The story has a rather ordinary structure. There is a villain in the game that has dragged the world to the brink of apocalypse, and we collect a group of incompatible characters and save the world at the last minute and defeat the villain.

Disintegration is coming on June 16:
Along with the promotional video, we also learned about the release date of Disintegration. The game will be on sale on June 16; So after a little over a month, the game will take its place on consoles. Players were recently included in the game’s beta process. Later, the players gave feedback.

What do you think about disintegration? Do you think this game will be successful or will it be an ordinary game in the last period of PlayStation 4? We are waiting your comments. You can find the promotional video of the game below.