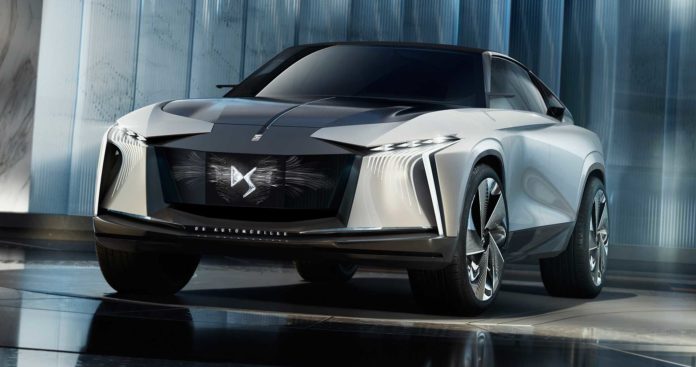 Leading giant brands such as Citroen, Opel and Peugeut, Groupe PSA’s luxury automotive division, DS Automobiles, introduced the fully electric concept vehicle Aero Sport Lounge, which will be exhibited for the first time at the Geneva Motor Show in 2020.

Introduced as a premium sub-brand of Citroen in 2009, and became an independent brand in 2014, DS Automobiles is preparing to launch the Geneva Motor Show 2020, which will be held in Switzerland’s capital next week, with a great vehicle.

Introducing the fully electric concept vehicle Aero Sport Lounge, the French brand has created an engineering wonder crossover as a result of long work. The vehicle, which has a 680 horsepower engine under its hood, accelerates 0-100 kilometers in just 2.8 seconds. The Aero Sport Lounge, which has a battery of 110 kWh, offers a driving range of 650 kilometers on a full charge.

The vehicle has an extremely aggressive and sharp image with both headlight and stop designs. Behind the illuminated logo in the grill section is a large LED panel that shows various animations. The interior of the Aero Sport Lounge is designed in a futuristic way, at least as much as the exterior. With an augmented reality technology AR-HUD, the crossover, which seems to have skyrocketed from a high-budget science fiction film, reflects all the information that the driver needs.

The all-electric Aero Sport Lounge concept is not expected to enter the production line in the near future. The vehicle can remain not only as a concept design, but with its futuristic design and superior technological features, it offers an impressive perspective for the future of the automotive industry.