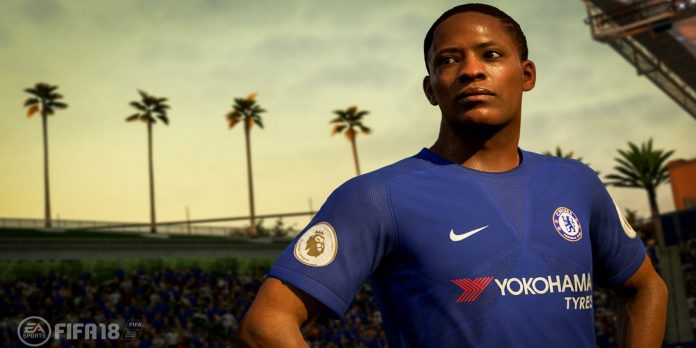 The release of FIFA 23 in 2022 will mark the end of the partnership between FIFA and EA Sports, after which a new football video game will appear in EA Sports FC. At least EA Sports FC will have all the popular game modes that were in past FIFA games, including VOLTA, Career Mode, FUT and Pro Clubs. Since FIFA is still planning to continue releasing the game with another publisher, the game will have to include certain new game modes and provide fans with a ton of content to compete with EA Sports FC and other games that will be released in the near future, such as UFL.

One of the best content elements that showed promising results in FIFA games was the story game mode with a fictional player Alex Hunter. Alex Hunter’s story, which first appeared in FIFA 17, ultimately did not last long, but it shows how future football games can improve the content they provide to fans and can be an important element of the success of future FIFA games. Currently, the future of FIFA is still uncertain as to who will publish future games; However, for further success, the game should give players more content and pleasant experiences, and a story-based career mode can help.

FIFA 17 has never been an outstanding FIFA game and, unfortunately, got into a period of games in which there were small changes and improvements, which led to bad reviews and angry fans. However, the only good thing that came out of this period was Alex Hunter and the story mode, which gave fans a new and unique experience of FIFA games. Hunter is a fictional player that fans were able to trace back to when they competed in Europe’s top leagues before being pushed into MLS, and worked to return to their former glory.

The story of Alex Hunter called “Journey” showed that players need to bring him back to the top, performing well in matches and completing certain tasks, and even gain control over Kim, Alex’s sister, who also played professional football. Unfortunately, as soon as the game mode started to grow among fans, it was canceled for future games, leaving a gaping hole in terms of content. Now that the paths of FIFA and EA Sports diverge, the former has a chance to provide fans with a unique story mode similar to that of Alex Hunter, demonstrating all the subtleties of a professional football player’s career.

Although Alex Hunter may not return to a future FIFA game, partly because his character was created by EA Sports, and partly because he was never as successful as he could have been, FIFA still needs to release a new story mode. Enabling this type of game mode will be important for FIFA as it tries to recreate a football game from scratch, as it will not only improve the amount of content in the game, but also help them stand out from EA Sports FC and the rest of the competition. Whether it’s another Alex Hunter character or a new take on career mode, a story—driven game mode is what fans of FIFA games have been asking for ever since Alex Hunter left the scene in FIFA 20.

FIFA can shape the story mode in many ways, however, moving away from a pre-created player is probably the best move, and instead of allowing fans to create their own player, like a player’s career, the game mode would become much more representative. . The story can include any team in the game, as FIFA will have access to all licenses, and will also leave room for the legends of this sport. Ultimately, the story mode should be the perfect combination of on-field moments and off-field interactions to make it an attractive game mode.

With EA Sports FC firmly in control of the most popular game modes, including FUT, Pro Clubs, Career Mode and VOLTA, future FIFA games will have to provide a new set of game modes that will provide fans with tons of content and a never-before-seen experience. Thanks to the story-based game mode, FIFA can not only provide this level of content, but also include a new way of playing with RPG elements such as skill trees and a deeper plot to highlight the game mode. FIFA must come out of the gate swinging if it has any hope of competing with EA Sports FC and UFL, and since countless fans have already decided to stay true to the FIFA name, the game will have to meet all expectations and show almost everything. department.

The Crown Pauses “Out Of Respect” For Queen Elizabeth II