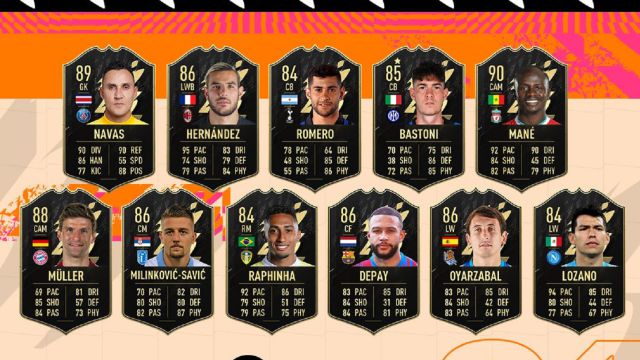 FUT FIFA 22: The Team of the Week 4 has names of the stature of Depay, Mané and Oyarzabal. Available now for a limited time in FIFA 22 Ultimate Team. FIFA 22 has shared the fourth Team of the Week. The one usually known as TOTW points to the best footballers of the last day in the league, which this time coincides with the national team break. Players are now available as part of a limited-time pack opening or via the transfer market.

Fourth team of the week in FIFA 22

The list consists of the most prominent footballers with their national teams. In the case of LaLiga Santander members, we only found three: Depay, Oyarzabal and Wu Lei. The Dutchman is rewarded for his efforts with a letter that boosts the basic version of him.

Then we leave you with the complete team:

Horizon Forbidden West: Where To Find The Avempest And How To...

The screenwriter of “Doctor Strange 2” tells how he originally wanted...