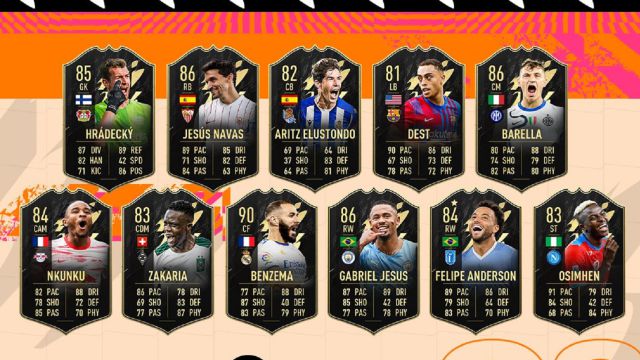 FUT FIFA 22: The Team of the Week 2 (TOTW) shows the most outstanding players of the last day, now available in FIFA 22 for a limited time. FIFA 22 has shared the second Team of the Week. The one commonly known as TOTW points to the best footballers of the last day in the league. The selection is now available as part of the limited-time envelope opening or through the transfer market. Two days after its launch on October 1, you can now join the 10-hour trial with EA Play.

FIFA 22 Second Team of the Week

The team stands out for the participation of numerous LaLiga footballers. The defense is made up of three well-known faces of our country: Aritz Elustondo, Jesús Navas and Dest. All three have a rating of 82, 86 and 81, respectively. As if that weren’t enough, at the top we find Karim Benzema, who increases his average score to 90.