Home Entertainment FUT FIFA 22 Rulebreakers: When, What Time It Starts, And Card Prediction 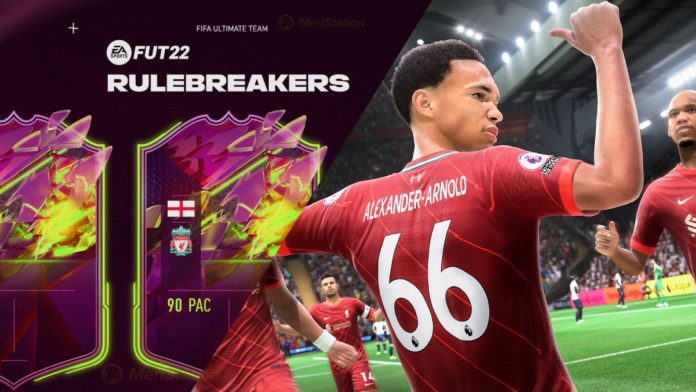 FIFA 22 will receive its new Ultimate Team promotion on October 29: Rulebreakers. We tell you what you can expect from this series of articles. FIFA 22 is on the verge of starting its new promotion: Rulebreakers. This series of letters returns one more year after its successful passage in the delivery of 2020. We tell you everything you need to know so as not to miss anything about them.

When is Rulebreakers coming to FIFA 22?

In Spain it will begin on October 29 at 7:00 p.m. (CEST). The first step will be to publish the initial team, as usual, in addition to the first objective completed via SBC. You won’t have to wait long to feel the market.

No specific details on the performance of these items have been confirmed, nor the list of selected players. If we take last season as a reference, we are talking about a series that changes the position and statistics of certain players. “They leave behind their previous playstyles and transform into different types of stars,” said EA Sports in 2020.

The studio has shared some clues about three starting eleven players. One player will be a right winger with 88 pace and 86 shooting; with that data it could be anyone. The second, on the other hand, reveals a 90-paced Englishman who plays for Liverpool FC. It could be Trent Alexander-Arnold, Curtis Jones, or Chamberlain. The last card shows an Austrian player with 89 dribbling. If nothing fails, those two data allude to Marcel Sabitzer, Bayern Munich midfielder.

Here we leave you with some predictions about the final selection.

What time will Rulebreakers start around the world?

On October 29, the promotion will begin in the following time slots.

What happens to the release date of “Emancipation” after the movie...