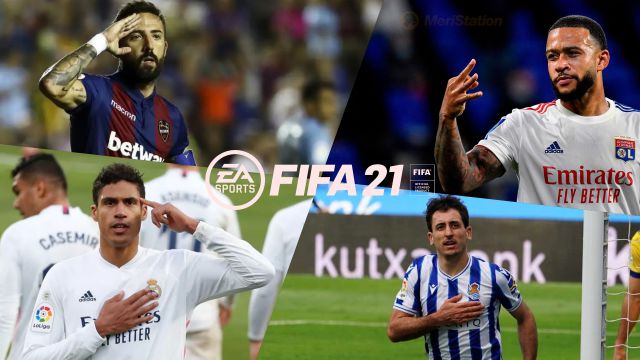 Now available in FIFA 21 the TOTW 20, in which Depay, Varane, Morales and Oyarzabal stand out. You will see them during the opening of envelopes and the market.

FIFA 21 reveals the Team of the Week 20. The TOTW, as it is often called, is marked by the broad Spanish representation, both in our league and internationally. Names like Morales, Angeliño and Oyarzabal stand out in a list already available during the opening of envelopes.

The highlight of the selection is obvious. Varane, Sterling and Depay are the three highest rated players in this TOTW, in addition to sharing third place with Oyarzabal. Morales’s letter is really interesting. Like MI, few players have 91 pace, 88 dribble and 85 shot. Starting from midfield, he aims to be very interesting in LaLiga teams.

In the case of Varane, his two goals against Huesca have earned him to be part of a real luxury reinforcement for FUT Champions defenses. Then we leave you with the complete list.