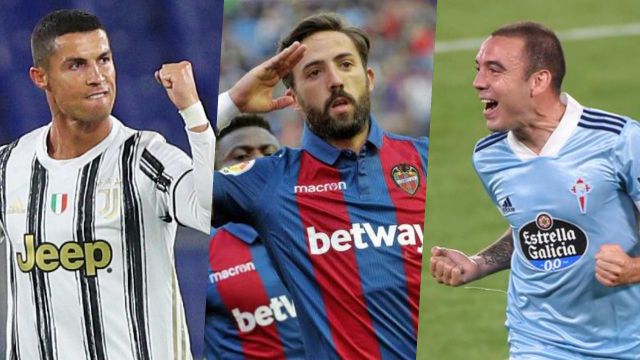 The Ultimate Team FIFA 21 TOTW 15 is now available. The new assessments of Iago Aspas, Morales and Cristiano Ronaldo, among others, stand out.

FIFA 21 publishes if fifteenth team of the week. The TOTW 15, as it is commonly called, coincides with being the first selection of players of this 2021. These cards have a special back, as well as a small boost of statistics with respect to their basic model.

Several members of LaLiga stand out in this wave. Iago Aspas is the spearhead of the starting eleven, with an average 87 in center forward position. On the other hand, Comandante Morales is rewarded for his chicharros against Betis with an 82 rating as a left midfielder. Lucas Vázquez also appears on the far right at 83 PIR, while Jordi Masip does it as a substitute goalkeeper, this time at 84 on average.

Then we leave you with the complete list of the Team of the Week 15 (TOTW 15). Remember that it will remain available as part of the envelopes for a limited time.