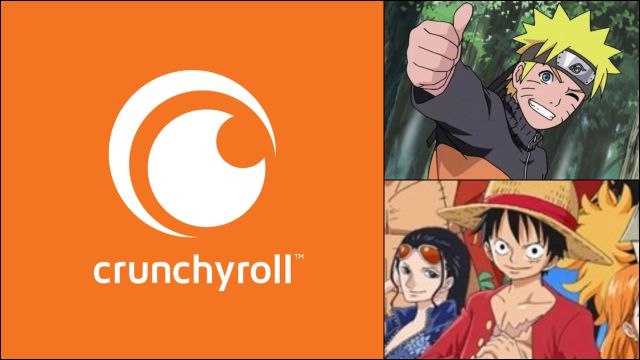 Crunchyroll: Sony is doing this with the platform, with more than 5 million subscribers, after paying 1175 million dollars. Naruto, One Piece, Dragon Ball and more. Sony Pictures Entertainment and AT&T announced on Tuesday that Sony has closed the acquisition of the company specialized in animation series Crunchyroll through Funimation Global Group, LLC. The latter, a joint venture between SPE and Aniplex, will allow the Japanese to open their range of entertainment offerings by bringing together, in essence, the licenses shared in both brands.

The transaction, whose price finally amounts to 1,175 million dollars – subject to capital, adjustments and taxes – is closed following an agreement initially announced in December 2020. Crunchyroll is currently the reference on-demand content service in the anime universe with more than 5 million subscribers and more than 120 million registered users in more than 200 countries.

They currently have the vast majority of popular licenses on the scene. Crunchyroll and Funimation will thus expand the distribution of their content partners and expand their licensing offering. From Naruto to Dragon Ball Super through One Piece, My Hero Academia, Dragon Quest, Digimon, Yu-Gi-Oh !, JuJutsu Kaisen, Black Clover or Hunter x Hunter; in addition to the simulcast guarantee, whereby the episodes are broadcast with localized subtitles in several languages ​​in parallel with the opening hours in Japan.

“Our goal is to create a unified anime subscription experience as soon as possible.”

“We are very excited to welcome Crunchyroll to the Sony Group,” said Kenichiro Yoshida, Chairman of the Board, President and CEO of Sony Group Corporation. “Anime is a rapidly growing medium that captivates and inspires emotions in audiences around the world. The Crunchyroll and Funimation lineup will allow us to get even closer to the creators and fans who are the heart of the anime community. We look forward to providing even more outstanding entertainment that fills the world with excitement through anime. ”

“With Crunchyroll and Funimation, we are committed to creating the best anime experience for fans and presenting a unique opportunity for our key partners, publishers and the enormously talented creators to continue to deliver their masterful content around the world,” adds Tony Vinciquerra, Chairman of the Board and CEO of Sony Pictures Entertainment Inc, adding, “Our goal is to create a unified anime subscription experience as quickly as possible.”

The Bachelor: Jesse Palmer says a psychologist on set is a...